Seven years in: the evolution and impact of the CQC 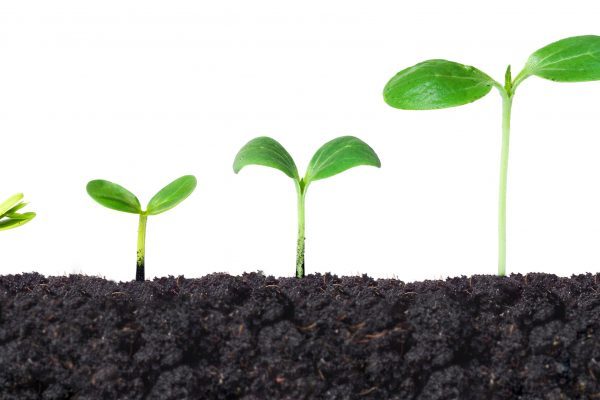 Seven years in: the evolution and impact of the CQC

Nigel Jones and John Milne discuss the effect the Care Quality Commission has had on the profession and how the organisation has changed over the years.

It’s been seven years since the Care Quality Commission (CQC) extended its mantle to include the regulation of dentistry, and it’s fair to say the relationship got off to a relatively mixed start. As an example, in those early days the BDA asked the Minister of Health to remove dentistry from the CQC’s remit.

While meeting the regulations of the Health and Social Care Act, undergoing a CQC inspection is undoubtedly a source of pressure for dental teams, things have levelled out since then. To find out more about the difference the CQC has made to the profession, the way it has evolved, and what the future might hold for the regulation of the profession, I spoke to John Milne, a practising dentist and senior national adviser to CQC.

Nigel Jones (NJ): What do you think has been the impact of the CQC on dentistry since its arrival?

John Milne (JM): At the time it was introduced, there were plans to abolish primary care trusts (PCTs) for the NHS, which meant the profession was going to lose a degree of oversight. To an extent, the CQC picked up that role and expanded it because it was given the remit of regulating private as well as NHS dentistry. The perception has sometimes been that the CQC is to be feared, and it certainly didn’t get off to a very good start, with the people who were doing the inspections having varying experience of dentistry or dental practices.

But gradually that began to change. I believe the CQC has been a catalyst for improvement in some ways, and we’re at the beginning of that process rather than the end. The five key questions that we ask of practices – ‘Are they safe, caring, responsive, effective and well-led?’– act as a focus for practices to think about what they do, why they do it, and how they do it. And I think the practices that do that have been able to bring about improvement in patient care.

NJ: Initially it felt as if the CQC was trying to apply what it learnt from working in hospital settings to dentistry. How well do you think it adapted to the different way dental practices operate?

JM: I think it took a while, but within the last three years, we’ve developed a team that has much more specific industry expertise. The inspectors themselves mostly inspect within dentistry and the professional advisers they take along on inspections, which happens virtually every time now, are dental professionals.

Our inspection teams now have greater knowledge about how practices are run. Many of our professional advisers are also still in practice themselves and they live and breathe the day-to-day work of a dental practice, whether that is in the NHS, a private setting or mixed. That evolution has been key to how well the process has been going.

NJ: I’ve heard you say that there are very few practices with any significant issues, which suggests that dentistry is performing pretty well. What areas do you think are the priority for practices to focus on?

JM:  About 10% of practices have some issues that need to be worked on. But the real celebratory point is that the thick end of 90% of practices need no action from CQC at all, and certainly no regulatory action. We do try and focus on encouraging practices to improve, so where there’s been no regulatory action, we’ll sometimes make suggestions to that practice, such as ‘you might think about getting a bit more training in fire regulations’.

In terms of where we find the most issues in that 10%, a lot is concentrated on the safe key question and can be relatively easy to fix. For example, getting the right emergency drugs in your drugs kit and checking that they haven’t gone past their expiry date.

Some things need a little bit more work, such as staying up to date with the current recommendations and guidance around infection control. There are some things that people don’t always think of as part of the ‘safe’ environment too, such as safeguarding how vulnerable people are protected, and whether staff have had DBS checks and can demonstrate that they are safe to work with the public and in the healthcare industry.

The other element that often needs more attention, probably more so than safety, is that of leadership and management. Sometimes when things go wrong in safety it’s because the leadership and management aren’t focused on all the right things. For instance, those emergency drugs are out of date because no-one’s checked and so the system or process for looking at those drugs isn’t working right.

There are now fewer small practices and in many cases, such as where there are multiple practices in a group, the leadership can be remote from the individual practice itself. This can lead to a culture where people expect someone else to do a particular job, but we would encourage them to take the approach that leadership is for the whole team.

NJ: I think that can be challenging within a practice. Do you get a sense that there is a need for more focused training for practice managers?

JM: I’d agree with that, and within the practice where I work our practice manager is empowered and has the ability to make change where it’s needed. She’s undergone a good series of training courses and some qualifications to help her in that role.

The practices where managers are empowered to make change are where we find the fewest problems. I don’t think the practice manager role is one that you can just give to a member of the practice team without any thought. It requires training, and the people who take on the role do need to be equipped.

NJ: What do you think about the future for the regulation of the profession? Practices are beholden to so many different people; how do we bring that all together in the most efficient way?

JM: At the CQC we’re trying to get the regulators together to act in a more coherent way, because one of the unfortunate things that could happen would be each of the regulators turning up one after the other. And that just looks to me as a way of placing extra pressure on a profession that is already working in a difficult environment.

So, we’ve established The Regulation of Dental Services Programme Board, the aim of which is to get the General Dental Council (GDC), NHS England, and ourselves, to think more strategically about which is the best organisation to deal with an issue when it arises, rather than all three acting. We’ve been making progress in this over the last couple of years and, while it is early days, I think it will reduce some of the duplication. It actually takes a lot of courage for a regulator to step aside and say to another organisation, ‘it’s better if you look at this’.

NJ: Has there been an instance where that’s occurred already?

JM: We have Risk and Oversight Groups that have been established at both a national level and in the four regions that CQC operates in. Relatively senior staff and people on the ground, the inspection manager, etc, will meet with people from NHS England, and occasionally from the GDC, and we’ll come to an arrangement about who is best placed to deal with a particular issue.

Practice plan is a specialist provider of practice-branded patient membership plans. Our team of experienced professionals has supported over 1,500 dental practices to transform the profitability of their business through the combination of a well-populated plan and personalised support including marketing, business advice, events and training. If you’re looking for more from your provider, call 01691 684165, visit change.practiceplan.co.uk or visit stand M35 at the BDIA Dental Showcase on 4 to 6 October.

12hr
|
Dentistry
Dentistry Online uses cookies to give the best experience. If you continue to use our site, we will assume that you agree to the use of such cookies. Read More.
Accept