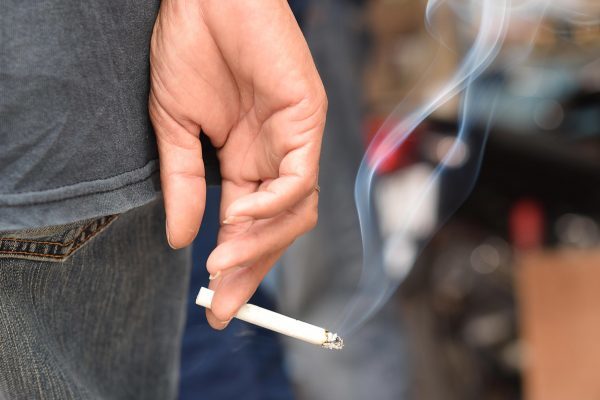 That’s according to new research from Action on Smoking and Health (ASH).

‘Smoking kills over 16,000 people in England every year from heart disease; a total of 20,000 across the UK,’ Simon Gillespie, chief executive of the British Heart Foundation, said.

‘Many more people continue to live with smoking-related heart problems.

‘It is vital that tobacco control is properly funded, giving smokers the best chance to quit and preventing people from taking up smoking.

‘A levy on tobacco companies would ensure there is sustained funding for tobacco control thus crucially help to drive down smoking rates.’

Health leaders say they aim to support 115,000 smokers in the city hoping to quit over the next three years.

The research from ASH shows that smoking costs Greater Manchester more than £676 million every year.

‘It makes the case for local authorities to invest in measures to discourage young people from taking it up.

‘And it motivates adult smokers to quit.

‘However, cuts to public health budgets mean that many local authorities no longer have the resources they need to invest in driving down smoking rates.

‘This is a false economy that is damaging our local communities.’