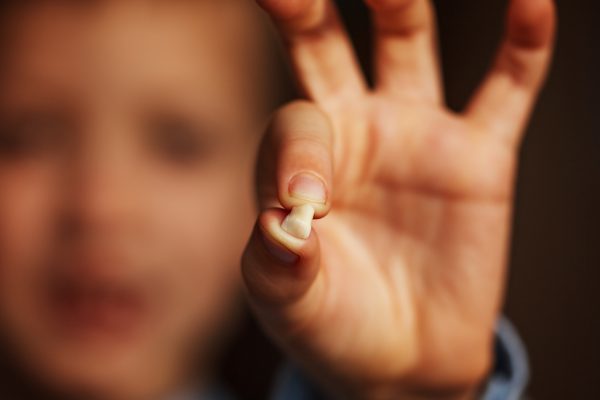 ‘The tooth fairy business is increasingly lucrative and has seen major inflation in recent years, but it is really important that children are mindful of just how precious the baby teeth they are placing under their pillows are,’ chief executive of the Oral Health Foundation, Dr Nigel Carter OBE, says.

‘Many believe that milk teeth don’t need to be healthy, as they will just fall out anyway, but this could not be further from the truth.

‘The health of children’s baby teeth and their oral health in adulthood are closely linked so it is vital that a child’s mouth is kept clean and healthy.

‘We want to see children’s milk teeth fall out naturally and healthily, free from signs of decay.’

In the last year there were almost 43,000 children’s tooth extractions, up  almost a fifth in the last four years.

The Local Government Association believes the total cost of these extractions since 2012 now adds up to £165 million, around £36 million every year.

‘It is essential that good oral health starts from when the very first baby tooth emerges and continues throughout childhood and into adult life,’ Dr Ben Atkins, a Manchester-based dentist, says.

‘Children should understand the value of looking after their teeth and have fun doing it.’