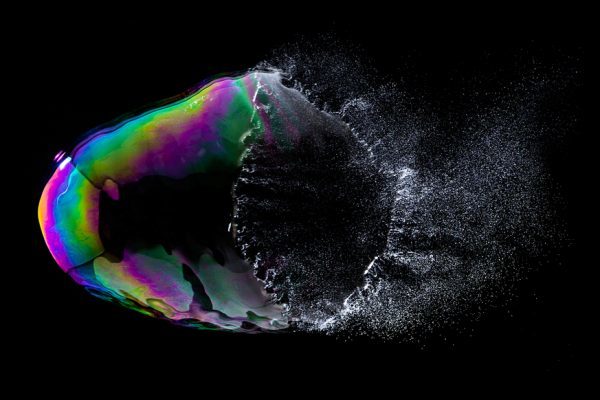 It won’t be long before we see queues outside dental practices again, Neel Kothari says.

Over the last decade dental corporates have seen a meteoric rise, acquiring practices in a way that I can only describe as a cross between the games Monopoly and Hungry Hungry Hippos.

This model is driven by the equity markets and has led to groups being bought and sold, with each subsequent buyer seeking to eek out just that little bit more profit than their predecessor, creating a bubble in the dental sector.

Well in short, two things: firstly, the bargaining power of corporates has afforded them the ability to create substantial efficiency savings through mass purchasing power, readily turning a profit by picking off much of the low hanging fruit.

However, as margins get tighter this becomes more challenging and with UDAs not keeping up with the cost of inflation, generating a profit is made all that harder.

Secondly, despite their ability to hammer down expenses, the one thing they cannot grapple is the cost of paying humans.

With Brexit on the horizon, there is a significant risk of having a recruitment crisis.

Anecdotally, many are reporting letters being sent out to their staff to ‘head hunt’ them.

Whilst some may claim that this is nothing new, it’s the scale that is particularly worrying and the growing desperation that’s possibly a sign of times to come.

Will this tip the balance of profit and loss for some dental corporates?

Undoubtedly, it’s becoming harder to recruit staff, but to be brutally honest, there isn’t a recruitment issue in dentistry, there is a recruitment crisis in ‘NHS’ dentistry.

For some bizarre and unknown reason, dentists are getting bored of UDAs and seem ungrateful for the generous offerings Her Majesty’s Government has offered them.

Many are selfishly taking pay cuts to work privately and are stupidly letting ‘ethics’ get in the way of performing UDAs.

Whilst the debate about employment versus self-employment of dental associates rages on, this will likely lead to additional costs for employers and should HMRC decide that some associates ought to be classified as employees it would be hard to see corporates escaping this ruling.

Of course, much of this is speculation, but I have no doubt that many are contingency planning for this possibility.

Sadly, but not unexpectedly, it’s becoming commonplace to see practice closures being broadcast across national media and there are reports of corporates simply returning contracts that they have no chance of meeting.

Will this lead to change?

Well currently it’s only a small rumble, explainable as a local issue not a nationwide catastrophe and in fairness something that affects both corporates and smaller businesses.

The concern is that if the corporate bubble does burst, it will do so on a very large scale, leading to the one thing that all politicians hate to see, which is queues on TV.

My prediction is that it won’t be long before we see this return.

746d
|
Blog
Dentistry Online uses cookies to give the best experience. If you continue to use our site, we will assume that you agree to the use of such cookies. Read More.
Accept