Is teeth whitening becoming a contributing factor to body dysmorphia? 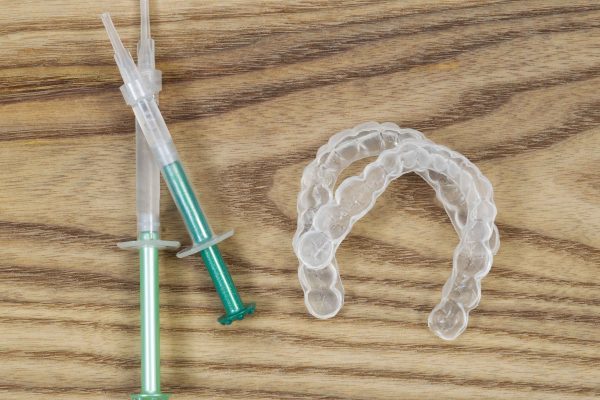 Is teeth whitening becoming a contributing factor to body dysmorphia?

Connor Hughes explains why teeth whitening could be contributing to body dysmorphia.

Living in today’s society comes with increasing desire to look your best. What society now sees as ‘beautiful’ in men and women is often unrealistic thanks to the current saturation of the cosmetic and beauty industry, constantly promoting levels of beauty that are simply unattainable.

Mark Simpson in the article The Rise and Rise of the Spornosexual, stated that: ‘[We live] in a visual world, if you aren’t noticed you just don’t exist.’

The pressure to achieve this ‘perfect look’ is difficult for most people, but is becoming increasingly difficult for people suffering with body dysmorphic disorder (BDD). What separates people with BDD from others is that while most people might occasionally focus on their appearance, those with BDD are obsessed with their supposed aesthetic flaws.

It will probably come as no surprise that there is no empirical research into teeth whitening as an obsession, compulsion or addiction, despite millions of people visiting their dentist or orthodontist for repeated whitening sessions. Teeth whitening treatments are now the number one requested cosmetic dental procedure, having increased more than 300% since 1996, according to the American Academy of Cosmetic Dentistry.

Mental institutions may well be the first health care institution to both notice and act on BDD, according to a study in General Dentistry. Co-author of the study, Chris Herren, admits his curiosity was triggered after a patient who desired whiter teeth kept returning for further whitening.

Each time the patient returned, he/she claimed that their teeth weren’t white enough, irrespective of the number of bleaching procedures being performed. While Herren did suspect the patient exhibited traits of BDD, his suspicions were confirmed when ‘the patient broke down and started crying’ and later claimed his teeth whitening had become an all-consuming obsession.

In most cases, if a dentist suspects a patient is exhibiting traits of BDD, they will recommend them to a qualified physician in order to properly diagnose the problem. So, how serious can repetitive whitening become?

The concerning statistics behind teeth whitening

Researchers at the University of Padua conducted an experiment where 650 people were asked to complete a series of self-report questionnaires. From the 650 people, 10 (1.63%) met DSM-5 diagnostic criteria for body dysmorphic disorder (BDD); hair, nose and teeth were the most common areas of concern. Participants additionally reported lower levels of self-esteem, more severe social anxiety, general distress, depression and OCD traits than other people without BDD.

Similarly, Dr Mark Griffiths in his article: Obsessive teeth whitening and body dysmorphic disorder stated that in the US alone: ‘People spent almost $1.4 billion on tooth whitening products and procedures in 2006.’ The same article also drew attention to Dr Marty Zase – the president of the American Academy of Cosmetic Dentistry – who agreed that ‘there definitely is a tendency of people to overuse [teeth whitening products], although most people don’t.’

Experts weigh in on the symptoms of excessive bleaching

There are many articles online that go into detail about the different ‘types’ of bleaching disorders, such as ‘bleachorexia’ and ‘dentorexia.’ However, what patients need to understand is that excessive bleaching is something you really want to avoid. Symptoms include hypersensitive teeth (due to the erosion of the enamel), gum irritation, throat irritation and dizziness due to accidental digestion of bleaching solutions.

Sarah Bernard’s article in the New York Magazine echoed the side-effects of overusing bleaching products. The article used Michele Hallivis, 28, as an example of overusing teeth whitening products: ‘Michele Hallivis, 28, a biotech sales executive, began with ordinary whitening toothpaste, then upgraded to strips, paint-on whiteners, and finally a tray-and-gel product (where the solution is squeezed into a retainer like tray and worn for about an hour). She’d marinate her teeth – and inadvertently her gums – in a 6% peroxide solution. And because she kept the solution in too long, her gums became so sensitive’.

Celebrities are also bringing attention to excessive bleaching procedures. Dr Nancy Rosen – a cosmetic dentist based in New York – admits that people in Hollywood ‘just want that Hollywood white, bright smile, and they are becoming obsessed with it.’ She continued by stating that the patients ‘don’t see that their teeth are looking translucent, they don’t see they have a problem. But a dentist can tell.’ Dr Jonathan Levine of Aesthetic Dental Practice NYC echoed this, claiming that he is able to spot an abuser of teeth whitening products ‘in eight seconds.’

Dr Alexis Grosofsky produced a study in 2003 in the hope to discover if having whiter teeth affected people’s perception of attractiveness. Grosofsky tested the idea empirically by ‘manipulating the tooth color of pictures of male and female targets.’ The study concluded that the patients’ ratings of attractiveness were not influenced by tooth colour. Grofosky did consider that whiter teeth could improve self-esteem, but this was not covered in the experiment.

If you are considering teeth whitening, Dr Ian Hoeltschi of Splash Orthodontics puts it simply: ‘Teeth whitening is a procedure that should only be performed by dental or orthodontic practitioners with the right amount of experience. Do not be fooled into thinking that excessive bleaching will grant you whiter teeth, it will in fact, do more harm than good.’