Onwards and upwards: the media, Botox, and regulation 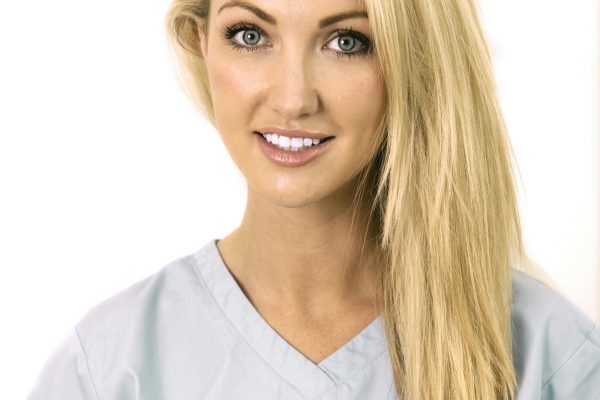 Onwards and upwards: the media, Botox, and regulation

In 2015, Carlotta Eden interviewed The Apprentice winner Leah Totton. Two years later, Carlotta caught up with Leah to see how the industry is moving forwards, and whether or not patient perception of cosmetic treatments is improving

How have things changed for you since the beginning of 2015?

I’ve had two major developments in my career: firstly, opening up a new clinic in Essex – an addition to the Dr Leah Clinic in London. Secondly, I have returned to doing NHS work part time. I now divide my time between both clinics during the week.

From a cosmetic industry point of view, I think we’ve seen a lot more innovation. We’ve seen a move away from Botox and dermal fillers, with patients seeking out more natural alternative therapies such as Silhouette Soft thread lift, which is what I spend the majority of my business practising.

Tell us more about your new clinic in Essex

It’s very much on brand with the Dr Leah Clinic in London – we pride ourselves on an ethos of patient safety and accessibility. We also have a different cohort of patients in Essex. In London, there’s a lot more stigma around cosmetic treatments. It’s much more commonplace to undergo cosmetic enhancement in Essex, which has been interesting for us as a business to see how open people are about cosmetic treatments compared to the capital. It means we have to spend a lot less on marketing because it’s been mostly word of mouth.

What kind of cosmetic treatments are popular at the moment?

I specialise mostly in Silhouette Soft thread lifts – treatments for a sagging lower face and neck. That’s a personal choice for me; I don’t mind lines or wrinkles and I think that what is actually ageing on the face is descent – that saggy, worn-out look. I’ve dedicated most of my practice to combatting this, which I believe offers the best form of facial improvement.

Having a few lines and wrinkles here and there isn’t a bad thing – but no one ever comes to me and says they want to preserve their facial sagging. It’s a problem area for the majority of people who come to us.

I’ve also recently been appointed onto the Silhouette Soft medical advisory board, and I’m now a trainer of these threads in the UK, so I’ve done more procedures than any other UK doctor. I’ve pretty much dedicated my entire practice to it, which I think is helpful in an industry like this: pick out what you think is the best treatment to offer and become an expert in it. It’s been a very interesting addition to my practice and it’s something that I feel really gives fantastic results.

How do you think things have changed for facial aesthetics in the last 10 years?

I think there’s been an evolution from the early 2000s until now – we’ve seen a real move away from that ‘done’ look, that wind tunnel facelift, Botox-frozen forehead, puffed lip and cheek fillers. People don’t want to look like that anymore – even in the US, where I noticed that the trend for this ‘look’ has almost completely disappeared.

In the UK, I think we tend to follow trends from the US – particularly in the cosmetics industry. A lot of American dermatologists and plastic surgeons end up being keynote speakers at facial aesthetic conferences, so those trends get picked up.

No one wants to look different anymore; it’s more about looking better as yourself. I think that’s why we’ve been so successful as a brand because that’s the message we put across when we entered the market. We’re mid-range in terms of price point, very much advocating that natural look and making people feel more confident in their own skin as opposed to making them look like someone else.

What about patient perception of facial aesthetic treatments? Do you think these have changed much over the last few years?

I came to facial aesthetics six years ago, when TV shows like 10 Years Younger and one-hour makeover programmes were popular. Now they’re all about botched bodies. I don’t know if that’s a good or bad thing, but at least there’s a definite shift away from glamourising cosmetic transformations to highlighting some of the safety concerns.

Nowadays when I open up magazines or newspapers there’s usually a celebrity that has been criticised for having too much cosmetic work, which seems to be more commonplace now than ‘this celebrity should have this done’.

I do think there’s a misconception that only the people you read about in the tabloids who are being scrutinised for the work they’ve had done are the only people who’ve had cosmetic work. They are probably the 1% – the other 99% look fantastic, and don’t necessarily look like they’ve had work done.

The press will always play an interesting part in the industry. If nothing else, highlighting the ‘bad’ work celebrities have had done does shine a light on some of the safety concerns that exist when undergoing cosmetic enhancement.

I think, and I hope, it’s making people think seriously about their facial aesthetics provider. That’s got to be a positive.

In our last interview you spoke about the lack of regulation in the cosmetics industry, particularly around the time The Apprentice was aired in 2013. Has this improved?

The General Medical Council (GMC) released guidelines for doctors working in the surgical and non-surgical cosmetics sector last year, which was a positive step forward. It helped give clarity for cosmetic doctors as to how they should be operating, as well as setting out codes of conduct.

While these guidelines are helpful as a medical professional, I don’t think it improves patient safety for everyone because it isn’t applicable to beauticians, nurses or laypeople who are administering these treatments. Dermal fillers still haven’t been made prescription-only and it doesn’t look like they will any time soon. That is still a huge problem.

I think we’re making small steps towards better regulation but I think more can be done. Patient education is improving; cosmetic surgery is no longer glamourised by the mainstream press, but I am still seeing two to four cases of botched work a week. The fallout from having these procedures done, either incorrectly or with the wrong product or on the wrong anatomical plane, are highly damaging.

Patients need to take ownership of their cosmetic treatments – they need to do the research themselves, and make sure their treatments are being provided from a capable injector or reputable provider.

What are some of your personal goals this year?

This year we’re launching a new type of lift called the Dr Leah Lift, which is an alternative treatment to Botox or going under the knife. It will be a lifting treatment for the lower face, jowl and neck area, involving ultrasound treatment, Silhouette Soft threads and facial peels.

The aim is to give an improved appearance – to feel rejuvenated, fresh and firm. It’s very exciting. I’ve got some celebrity clientele lined up – one of whom is keen to talk about the treatment publically. I think this type of treatment is the future; it’s all about bringing the industry into 2017 and moving away from that overly done, ‘fake’ look.

I’m also still working with Lord Alan Sugar. He remains my business partner and mentor and we have a fantastic working relationship. I have a huge amount of respect for him. Even with the launchpad that I’ve had – with The Apprentice, Lord Sugar’s mentorship and my educational background – it’s very difficult to establish a successful business in the long run. The longer I am in business, the more impressed I am by his achievements.

What do you hope the next 10 years will bring to the facial aesthetics sector?

Improved regulation and patient safety, I hope. Cosmetic doctors and dentists are doing everything they can to bring about that change and to provide the best treatments, but I think patients need to be sensible about their choices.

We’re in an era of patient empowerment and I think autonomy is important, but patients need to take responsibility to seek reputable providers, to do their own research and make sure these treatments are being performed safely by a fully qualified person.