GDC consults on approach to fees 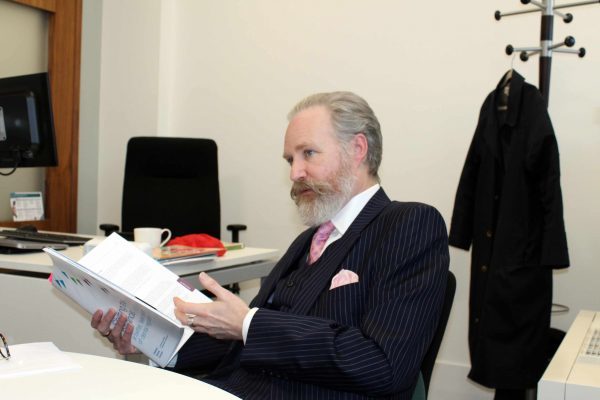 GDC consults on approach to fees

After the GDC announced it would be launching a consultation on how it sets its ARF, Seb Evans spoke to Ian Brack about what this new consultation involves.

Seb Evans (SE): What is this new consultation you’ve launched and what do you hope to achieve with this?

Ian Brack (IB): The consultation is all about the way we calculate and set the ARF, not the actual number itself. We’re attempting to get a clear steer from stakeholders, registrants, even members of the public, on a set of principles and policies intended to implement those principles.

What we’re trying to get is a clearer understanding of what matters to people. Whether the approaches we’re taking to achieve our objectives are what everyone agrees with and whether they’re content with the things we’re doing.

In the proposals there are some points we make explaining why we’re not going to do something. One example of this is payment of the annual retention fee (ARF) by instalments. We’re not proposing to do that, here’s our rationale for that, what do you think about it?

The key thing is we’ve got three high level principles (boxed below). They’re really important, and we’re asking views on that. It’s very significant because it takes forward how we’ll think about the whole business of establishing our costs, setting our strategic priorities and then ultimately what the ARF is for years to come.

SE: Previously the GDC has been guilty of not listening to the profession. There was even a judicial review when the GDC last increased its fees. How do you intend to demonstrate you are listening this time?

IB: Well, it’s a different type of consultation for a start.

We’re going out with a list of ideas and asking what everybody else’s view is. If we don’t listen, it will have wasted a great deal of our own time.

We invested a considerable amount of time, staff resource and effort in really trying to think these things through. If we don’t pay attention to the feedback we get, the exercise would be an extraordinary wasteful one of time and resource.

Looking through the history of the organisation, I think the older ARF consultation policy was very much based on a strong desire to be transparent. One of the reasons it fell over was it set itself a task that was very hard to do. What we’re trying to do here is balance transparency, practicality and deliverability.

SE: The consultation mentions you’re only looking to consult on fees once every three years rather than annually. Is this a way of not consulting on price rises in the future?

IB: The world doesn’t work to a 12-month programme. For example, the average fitness to practise case life is 18 months, so you’ve got a problem there. Our projects don’t last 12 months, you can’t refurbish a building in 12 months, Shifting the Balance certainly won’t take 12 months to fulfil.

When we talk about shifting to a three-year horizon, it’s much more about the life of the strategy. We’re saying, here’s our priorities, do you agree with those? Here’s the high-level workload that is out there, do you think that’s right? Here’s what it costs, what do you think of that? It’s much more useful.

If we keep to an annual budget, what is the profession going to make of that? The answer is probably going to be: ‘It’s too much, what can we cut off it?’ This new way you start to get much more useful feedback. It’s making the plan strategically transparent. When you start thinking across three years, it starts helping people think about why costs might be falling where they’re falling.

SE: This consultation is, on the face of it, a way of controlling the ARF. But are you introducing hidden fees elsewhere?

IB: If the proposals in the policy were to go ahead, there would be more types of charge. One of the reasons we’re proposing to do that is, at present, we’ve got cross subsidy within the system. So, currently registrants are paying for some things now that don’t fall directly on them.

For example, failed applicants, those who want to come and register and for whatever reason don’t make it, the cost of those applications is currently borne by registrants. If I were a registrant I might be thinking, well I quite like the applicant to bear the costs. But registrants may think, no it’s alright for us to bear the cost.

So yes, there will be more types of fees, but the results should be that current registrants won’t be subsidising for others.

SE: One area you haven’t really touched on in the plan is varying registration costs for different specialties. Why has this not been looked into?

IB: We’re not ready to do it. It’s that simple.

I think we’ve got a lot of work to do on the specialties and we’re conscious of that. It sounds like we’re kicking the can down the road. The issue is, let’s get this part of the consultation straight so we can get on with a system that is better and works, then come back to specialties later.

SE: Would you agree that the questions you ask in the consultation are leading? For example, question one starts: ‘Do you agree’.

IB: You could say that. On the other hand, have you ever known dental professionals to be led by the form of the question asked to them?

SE: You mention that the power to recover costs after an FtP hearing hasn’t been implemented yet. Do you plan to introduce these costs at a later date?

IB: I think we want to look at that again further down the road. It’s something we’re looking at.

It’s easy to say: ‘Oh we’ll go after costs’. But the key words in that sentence are ‘go after’ because they rarely arrive in your lap. There is a bureaucracy that develops associated with that. Cost recovery can become a cost in itself.

I think you’ll see in our consultation, we say we can do some things but if we do we have to set up mechanisms to do it, they have a cost. So you’ve got to think about it.

SE: You mention the financial reserves at the GDC have been replenished in this consultation. Can registrants expect a drop in their ARF?

IB: The way we want to go is that we want the organisation to be as cost efficient as we can be.

We had to replenish the reserves. We’ve got some investment to do because Shifting the Balance is a big change. But if we get to the point where we know we’re financially secure, we’re delivering the service we need to, we’ve made the investments we need to make and we can reduce fees, we’ll reduce the fees.

But what I can’t say now is precisely when, because I can’t control that. The organisation should be challenged on this. Registrants should be asking: ‘Well, why not now?’ And we should be able to give a good answer on that.

IB: Well, what I can say is that we’re pushing hard, we’re trying to find new ways of bringing the cost down. But vitally, I think, we’re looking at ways to make the system better in a sustainable way and that’s what this consultation is all about.

Also we’re a statutory body – we can’t stop regulating – so how do we overlay the new system onto the old one? There’s inevitably going to be humps of costs where you’re still doing things the old way, whilst bringing the new way in.

We’re also trying to establish systems, which in some places, don’t currently exist. We can say something isn’t right for fitness to practise, but we’ve got to find another way. If that isn’t there it’s a tricky one for us. You can’t really design a system quickly because you mustn’t break the old one while you get into the new one.

As I said before, when we can sustainably and prudently reduce the fees, that’s absolutely what I will recommend.

IB: Answer the consultation. All of your readers, come on, answer this, respond! It’s a fantastic opportunity.

Lots of respondents won’t get everything they want because the world isn’t like that. The more people that get involved, the more brains working on this, the more chance we have of getting something in the end that is really good. The more feedback we get, the more worthwhile this is.

To get involved in the consultation from 20 February, www.gdc-uk.org/about/what-we-do/consultations.