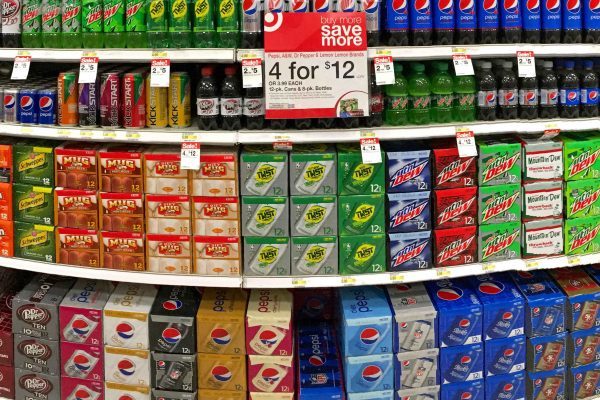 Asda and Aldi have joined Waitrose by banning the sale of high-caffeine energy drinks to children under 16 years old.

Waitrose decided to ban the sale of energy drinks, which are often high in sugar, earlier in the month, despite them being ‘deemed safe’ by the British Soft Drinks Association for children’s consumption.

Asda has now become the first of the ‘big four’ supermarkets to announce an age restriction on the sale of energy drinks containing over 150g of caffeine per litre, which it claims will come into force by 5 March.

‘We take our responsibilities as a retailer seriously and work hard to ensure we get the balance right between offering choice and doing the right thing,’ Andrew Murray, Asda’s chief customer officer, said.

‘We have listened to our customers and want to take a leading position in this area to support parents and teachers in limiting young peoples’ access to high caffeine drinks.’

This move by retailers comes after the BSPD called for a UK-wide ban on the sale of high energy drinks to under-16s.

The BSPD has described high energy drinks as damaging to oral health and has welcomed recent moves from Waitrose to check the ages of those purchasing drinks containing over 150mg of caffeine per litre.

‘The step taken by Waitrose is a bold and responsible one,’ Claire Stevens, president of the BSPD, said.

‘But we would like all retailers to come on board and ideally to have legislation introduced to prevent all shopkeepers selling these drinks to under-16s.’