Is your practice red enough? 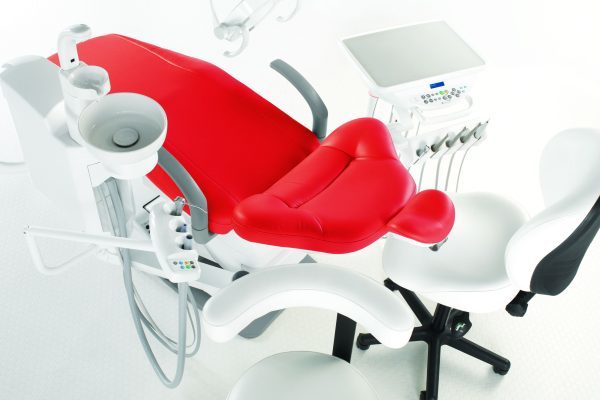 Is your practice red enough?

Takara Belmont explains why it might be time to take a look at the colour (and chairs) in your dental practice.

Red is a popular colour and has many meanings in the 21st century. One of the strongest associations it has is with the left; it has long been linked with socialism and communism – think of the Red Flag – and is of course the colour of the UK Labour party. In the less politically charged nautical world, red is the colour of the navigation light on the left of a sea-going vessel, or port side, as opposed to green on the right, or starboard – an internationally recognised colour-coding system that keeps everyone going in the right direction.

‘What does all this have to do with dentistry?’ you may ask. ‘Why does my practice need to be “red enough”?’ In a predominantly right-handed world, have you ever considered how your practice set-up would cope should a left-handed clinician join your team?

Research suggests that about 10% of the world population is left-handed (Hardyck, Petrinovich, 1977). That doesn’t seem like a lot and perhaps if you run a practice of right-handed clinicians, you’re thinking the chances of a left-handed colleague joining the team are remote enough for you not to worry too much about it. However, there is evidence to suggest that left-handed clinicians are likely to be amongst the most skilled as the right-hand-side of their brain is dominant, which is associated with good spacial awareness.

The good news is that it doesn’t take much to make sure your treatment rooms are able to cater for everyone.

Make your next chair ambidextrous

Belmont has two ambidextrous chairs, which are designed to accommodate all working positions and both single-handed and assisted procedures. This allows every clinician to work in comfort and to the best of their ability, able to concentrate on the patient and treatment with no distractions.

The Voyager III has all the features you expect from a Belmont chair – ergonomic, flexible, comfortable chairs in a range of beautiful colours – plus useful ambidextrous features such as the base-mounted swing-around delivery system, which allows the clinician to position the equipment wherever they wish, and a chair-mounted rotatable cuspidor for left- and right-handed use.

The TBcompass ‘Flexible Dr System’ boasts the same ambidextrous features plus a height-adjustable operator’s console and an ‘E’ (electric) delivery system, which supports a larger range of instruments and additional features.

Both these chairs feature the advanced ‘Below-the-Patient’ delivery systems, which are mounted below and behind the chair, creating the most compact, responsive and discreet dental treatment centre possible, and freeing up space above and around the patient for maximum working comfort and patient peace-of-mind.

The future is brown?

If red is the colour of left, and green right, the future of dental chairs has to be brown – a mixture of the two that allows the clinician complete freedom to set their working position. Belmont’s ambidextrous chairs make that possible, and you can get them in restful neutral colours like brown, caramel and cream!

In fact, brown was the colour of Hampton Wick Dental Centre’s winning chair in our latest ‘Who’s Smiling in #MyBelmontChair’ competition – a truly trend-setting practice! You can now follow that trend too…by making a choice from our range of beautiful upholstery colours.

Find out more about Belmont’s range of colourful and ergonomic chairs, including the ambidextrous Voyager III and TBcompass ‘Flexible Dr System’ click here.