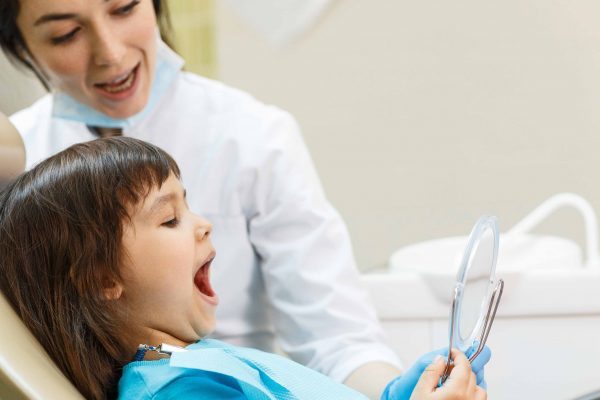 More children under 10 are admitted to hospital as a result of tooth decay than those needing care for broken arms.

That’s according to new figures from the Faculty of Dental Surgery, which found between April 2016 and March 2017, 34,205 children under 10 required treatment in a hospital in England due to tooth decay.

This was more than numerous other common ailments for children admitted to hospital such as:

‘No-one wants to see their child in hospital,’ Professor Michael Escudier, dean of the Faculty of Dental Surgery at the Royal College of Surgeons, said.

‘Sometimes this can be unavoidable, but when it comes to admissions caused by tooth decay, most cases are a result of simple preventative steps not being taken.

‘Tens of thousands of children every year are having to go through the distressing experience of having teeth removed under general anaesthetic.

‘The problem is compounded by the fact that many children are simply not going to the dentist, with parents often unaware that NHS dental treatment is free for all under-18s.

‘It is encouraging that already there are several initiatives to help improve child oral health.

‘However, there is still much to be done, particularly to ensure that we do not leave certain groups of patients behind.’

The number of children requiring hospital care for tooth decay also rose amongst five to nine-year-olds.

‘Improving oral health in children is a priority for this Government – latest figures show 6.8 million children were seen by a dentist in England over the past year,’ a Department of Health spokeswoman said.

‘Further work is also under way to ensure dental services meet the needs of the local population.’

The BDA has called for a coherent national strategy to improve decay rates amongst children in England.

Despite recent campaigns being launched, such as Dental Check by One and the Starting Well programme, the BDA claims no additional funding has been made available.

‘These shocking statistics are rooted in an abject failure by Government to tackle a preventable disease,’ Henrik Overgaard-Nielsen, BDA chair of General Dental Practice, said.

‘While we are hearing positive noises, Ministers have not met words with action.

‘Scotland and Wales have dedicated national programmes to improve children’s oral health, England has been offered a new logo and limited action in a handful of council wards.

‘It’s a scandal that when some local authorities are doing sterling work, others are sitting on their hands while Westminster offers radio silence.

‘Yes it is right to encourage toddlers to attend an NHS dentist, but words will ring hollow in areas like West Yorkshire where patients of all ages are already experiencing serious access problems.’