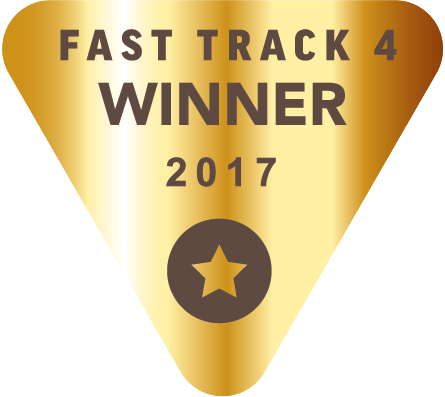 Young Dentist’s quest to find the stars of the future has been achieved.

With the help of DMG, Fast Track 4 has been running since the beginning of the year in a bid to find and celebrate the talent of four young dentists.

Entries were judged on innovative ideas implemented in practice, demonstrable leadership activities, career achievement and involvement with the local community or a charity.

All four winners have won:

• A trip to Hamburg with DMG

• A free, one-year subscription to all FMC titles

• A profile piece in Dentistry

• A certificate of achievement sent directly to the winner.

Below we present you with a profile on each winner.

Guy Laffan has been a qualified dentist for seven years. He won Best Young Dentist Wales at The Dentistry Awards 2016 and was Highly Commended at the Private Dentistry Awards. Guy was inspired by his parents, who are both dentists, and acquired a keen interest for dentistry at a young age.

After qualifying in Bristol, he returned home to complete his VT. During his VT year, he mastered the art of Cerec and placed his first dental implant. Guy then went on to win Best VT in South Wales, after submitting a simple non-invasive composite case, where he disguised canines as laterals.

Guy is currently writing his implant Msc thesis and simultaneously working towards a diploma in oral surgery. At the age of 27, he was the first dentist to start placing implants in his area. His interests lie in orthodontics and implant dentistry.

This year, he became one of the highest non-orthodontist providers of Invisalign in south Wales having recently reached platinum status.

Now, at 31, Guy is married and acting principal. He is a member of the ADI and BACD and administrator for the charity Make a Dentist.

Ashley Sim entered dentistry later in life after graduating from a physiology degree at the University of Liverpool. He graduated with one of only three awards given to his cohort and met the conditions to study dentistry at King’s College on the then funded graduate entry programme.

He graduated from King’s in 2014 and after graduation won the prestigious ‘John McLean’ award from the British Dental Association for a multi-disciplinary case. During DF1 year, he won the case of the year award for central Kent, Surrey and Sussex Deanery.

Ashley was shortlisted as a finalist as Young Dentist of the Year in 2016 at both the Private and Dentistry Awards. Ashley regularly attends courses and conferences to further his skill set and provide the best quality of care for his patients.

He gained the membership diploma from The Royal College of Surgeons Edinburgh (MFDS) in 2016. While undertaking the MFDS he also completed a postgraduate diploma in primary dental care.

Ashley offers anterior alignment using both fixed and removable appliances. He has also just finished the first year of MClinDent in endodontics in order to offer his patients a high level of competency in this skill.

Surina Bhola realised her passion for improving oral health before qualifying from Guy’s and St Thomas’ Dental school, with first class honours in 2015. Prior to her undergraduate studies, she travelled to India to participate in Colgate’s ‘Bright Smiles Bright Futures’ programme.

Similarly, during her undergraduate elective, she travelled around Iloilo, Philippines, participating in oral health education for the young pupils, and carrying out remedial dental work. Surina has always been keen to get involved in the dental community.

She has worked with the British Dental Association for over a year now, and has had multiple publications and blogs online. Surina has been shortlisted for Young Dentist of the Year for the last two years. She also won Best Case when presenting her clinical case for her foundation year.

Surina is undertaking a postgraduate certification in dental education, which she is due to complete in February 2018. She also started a DCT 2 mixed post this September. Surina was appointed a junior clinical management fellow at her current workplace in hospital.

Sam Jethwa graduated from King’s College London in 2012 and embarked on an ambitious and ongoing journey towards dental excellence. During his VT year he was Highly Commended for his case presentation and spent time shadowing Jason Smithson.

In 2013, Sam began Chris Orr’s Advanced Seminars year programme, Inman Aligner training, and membership examinations for The Royal College of Surgeons in Edinburgh. Since, he has been nominated as chairman of The Young Membership Committee, and sits on the Education, and Membership Committees at the BACD.

Since February 2016 he has been an associate at the award winning Perfect Smile Studios in Hertford.

Sam co-founded a charity group ‘The Leos’ to raise funds for children’s charities within the UK.

50d
|
Young Dentist
Dentistry Online uses cookies to give the best experience. If you continue to use our site, we will assume that you agree to the use of such cookies. Read More.
Accept