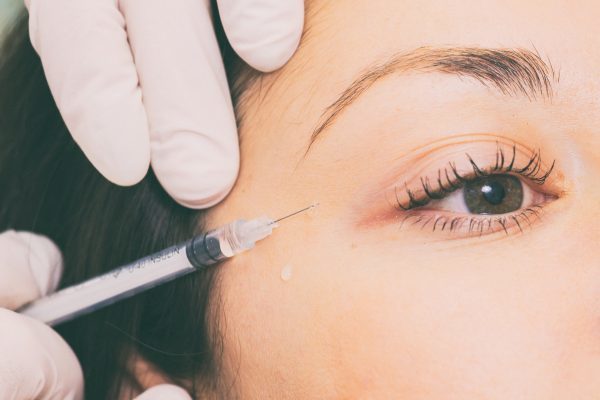 In an industry worth almost £3 billion in the UK, aesthetic procedures such as dermal fillers and botulinum toxins can cause cause blindness and disfigurement if carried out incorrectly by non-healthcare professionals.

‘Areas which are common for fillers are around the eyes and frown lines’, explained GP Dr Nimish Shah.

‘Unfortunately, these blood vessels do feed back into the eye.

‘If you were to block that blood vessel with filler, that can lead to permanent damage to the eye and it can cause blindness.’

Despite the potential health risks involved with non-surgical aesthetics, the industry is governed by little regulation.

Practitioners are not legally required to undergo training or possess specific qualifications.

In 2013, the UK government commissioned a review into cosmetic procedures (Review of the regulation of cosmetic interventions, Keogh, 2013).

The report warned that non-regulation of non-surgical aesthetic procedures was ‘a crisis waiting to happen’, and that dermal fillers are covered by the same regulation as ballpoint pens and toothbrushes.

In May, the Welsh Assembly introduced a new law to regulate procedures such as tattooing and body piercing, but the law does not apply to dermal fillers, despite many health organisations arguing for them to be included.

The Welsh Assembly told ITV Wales that it wanted to let councils embed the new licensing scheme for procedures such as tattooing, before introducing any new ones.

But the government admits it is concerned about the risks of dermal fillers, and it may introduce regulation in the future.

2d
|
Aesthetic Dentistry
"Company" would like to send you relevant email communications to this webinar, by opting in to receive these emails you are agreeing to be sent email communications by "Company".
You can opt-out at any time.
Dentistry Online uses cookies to give the best experience. If you continue to use our site, we will assume that you agree to the use of such cookies. Read More.
Accept