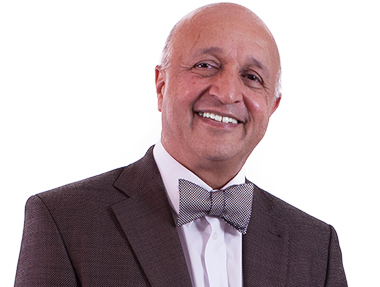 First launched 30 years ago, and almost unchanged during that period, the Ankylos implant system remains one of the most unique and reliable implant systems in the world.

As one of the first to use the system after its UK launch in 2000, I soon found that not only did the system look completely different, but it also contained two immediate standout features – primary stability when placed in the bone, and the very tight connection between the implant and the abutment.

With most other implant systems, there is some microleakage between implant and abutment, and eliminating this problem increases the impact on implant survival rates. The absence of microleakage means the implant can be placed just below the level of the bone, allowing the bone to grow over it and ensuring greater stability.

This has a major implication – all implant surfaces are roughened, thereby allowing for immediate loading and facilitating faster osseointegration. However, rough surfaces usually leave an implant prone to infection, a problem that faces most implant systems.

Ankylos is different; because the implant is buried into the bone, it is less prone to bacterial infection, reducing the risk of peri-implantitis, which is a huge advantage. In my practice, in almost every case with enough bone present we can load the implant immediately, placing the implant, abutment and temporary crown all on the same day.

This is only possible because of the Ankylos system’s key features.

The large range of angled abutments offered is yet another significant feature of Ankylos. The abutments range from 0-37.5° in increments of 7.5°, plus a variety of different lengths and diameters, making it possible to load the implant immediately. There is always a suitably angled abutment available to make this possible.

The way the abutment connects to the implant is similar to ground glass stoppers found in chemical bottles that you may remember from school chemistry lessons. They never leak, because the two cones connect together with a slightly rough surface. If the stopper is pushed in too hard it sticks and makes it almost impossible to take out. Ankylos abutments are designed to connect to the implant in exactly the same way – tight, with no leakage or movement.

In certain cases, the prosthesis can be placed onto specifically designed abutments so tightly, that there is no need to use any cement or screws. Screws have the disadvantage of having to go through a surface – a hole in the crown or bridge, while cement-retained restorations run the risk of cement getting under the gum and causing problems if injudiciously used.

Using two concentric tapered cones (the primary cone – the abutment; and the secondary cone – the coping), a very stable connection between the prosthesis and the abutment can be established. The harder the patient bites down, the more secure the implant becomes. This ensures a secure, stable prosthesis for the patient and yet still remains retrievable by the dentist.

While other implant systems change every few years, Ankylos has remained largely the same system for the past 30 years, apart from the refinements to the implant surface and the abutment choice. I’ve been actively involved in dentistry for a long time and seen many changes, but the fact this system has not needed any radical modifications in so many years tells me something very significant.

Of course, the research and scientific data behind Ankylos is very important, but in my view what matters most is how it performs in the field. Ankylos is my main implant system of choice; I use it extensively and it works very well across a variety of applications, including immediate loading and same day implants. The proof, as they say, is in the pudding.

Ashok Sethi BDS DGDP MGDS (RCS Eng) FFGD DUI (Lille) is a specialist in oral surgery, and a specialist in prosthodontics, He has been practising the art and science of implant dentistry for more than 35 years. He is past president and honorary life member of the Association of Dental Implantology and is presently director of PID – The Academy, which focuses on teaching all aspects of practical implant dentistry. www.ashoksethi.co.uk.

18hr
|
Implant Dentistry
Dentistry Online uses cookies to give the best experience. If you continue to use our site, we will assume that you agree to the use of such cookies. Read More.
Accept