The EU workforce: what’s next? 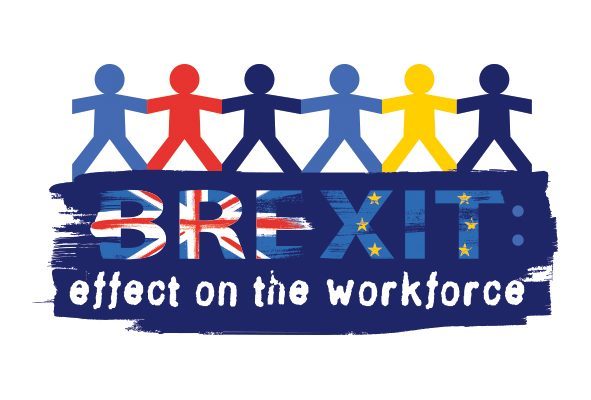 The EU workforce: what’s next?

After the triggering of Article 50 and the beginning of the negotiations on the country’s exit from the European Union, Dentistry’s Charlotte Lloyd reports on the fate of dental professionals from EU countries.

At Dental Politics: The Big Debate, hosted by Dentistry, the implications of Brexit on the profession was a hot topic of conversation amongst our panellists. One main concern of the panel centred on the fate of dental professionals from the EU that live and work in the UK.

Eddie Coyle, head of clinical operations and commissioning at Oasis Dental Care, highlighted: ‘I think what would be useful is for European workers, who have committed to doing a great job, to know whether they are going to be under any pressure [from the UK government to return to their home nation].

‘I have a personal friend who is Portuguese and has a dual passport, has been here for 10 years, his family are here, his wife is a dentist, he pays his tax in this country, he views this as home, he does a fantastic job for his patients – he needs to know [what’s going to happen]. I’m sure he’s not alone.’

John Milne, senior national dental advisor at the Care Quality Commission, agreed: ‘I think people need to be given some assurance that they have a future, that they’re welcome to deliver their professional skills and as we’ve just heard I’m sure many of them are doing a great job.’

When discussing what the government’s actions will be as a result of Brexit, Eddie Crouch from the BDA said: ‘A government would have to be absolutely, completely mad to throw out all of the people who are providing a service – they’re never going to do that.’

An increase in EU dentists

According to research from the BDA, the amount of EU dentists working in the UK has increased since 2004. Figure 2 shows the increases that occurred in the five years prior to 2011, with 2015 figures for comparison. In results from 2015, Poland showed to provide the largest number of dentists, followed by (in descending order) Sweden, Spain, Greece, Ireland and Romania (Figure 1).

The question lies, however, in the minds of those who are unsure of their future. Immigration law expert, Migrate UK, has urged EU nationals that haven’t acted already, including dentists, to take prompt action to try and safeguard their future in Britain as the government has yet to guarantee the rights of EU citizens in Britain. The company has published a ‘roadmap’ on how to secure permanent residence and British nationality status under current immigration legislation (Figure 3).

Editor of Dentistry, Julian English, predicts a decline in the number of dentists in the UK from the EU: ‘We’ve triggered Article 50 so the UK is still open until the end of March 2019. As a result of this, this year and next year should see an increase in dentists from Europe, taking advantage of the situation – particularly as there have been rumblings that anyone who is here is not going to be repatriated.

‘After March 2019, I expect the number of dentists in the UK from EU countries figure to slowly fall off. The reason for this is because there is a shortage of dentists at the moment. This has resulted in most of the corporates seeing a massive clawback of NHS funding back to NHS England, as they haven’t been able to fulfil their UDA targets. There has also been a slowdown in patients needing treatment. A cut in supply of overseas dentists willing to work for lower UDA rates and a cut in the supply of patients has seen UDAs unfulfilled and clawback. In the short term, there may not be enough dentists willing to do these UDAs.’

For more information and a for the full data behind this article, visit go.nature.com/2p0xbIU.