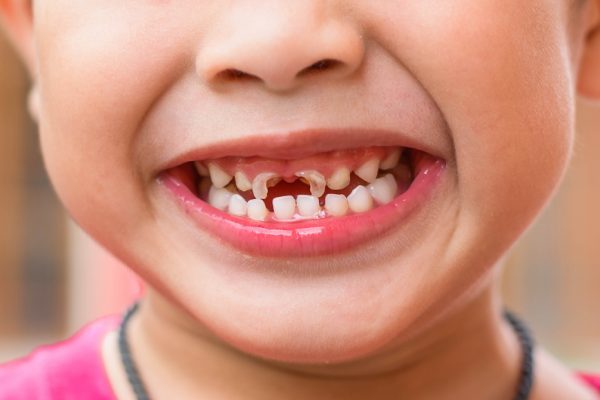 The British Dental Association (BDA) has lambasted the government’s lack of strategy to combat the nation’s oral health issues in England, and ‘persistent’ inequalities in oral healthcare across the country.

The criticism is a reaction from the BDA to new analysis from the Faculty of Dental Surgery at the Royal College of Surgeons, which shows a 24% rise in the number of tooth extractions performed on 0-4 year-olds in hospitals in England over the last decade.

Both the Scottish and Welsh devolved governments have funded dedicated programmes to tackle oral health issues in children (Childsmile and Designed to Smile, respectively), which have had transformative effects.

‘An entirely preventable disease is going almost unchallenged as the leading cause of hospital admissions among young children’, commented BDA chair, Mick Armstrong.

‘These extractions are placing a huge strain on the NHS, and while governments in Wales and Scotland have set out dedicated strategies, ministers in England have offered little more than a collective shrug.

‘It’s a national scandal that a child born in Blackburn is now seven times more likely to experience decay than one born in the Health Secretary’s Surrey constituency.

NHS Digital figures, provided under a Freedom of Information request, show there were 84,086 tooth extractions performed on zero- to four-year-olds between 2006/07 and 2015/16.

This 24% increase is in comparison to the 16% increase in the population of zero- to four-year-olds over the same period.

The figures also show more than 34,000 tooth extractions were performed on zero- to nine-year-olds in each of the last two years – higher than at any point in the previous decade.

Dentists are now appealing to parents and the government to take stronger action against the scourge of sugar on children’s teeth.

‘When you see the numbers tallied up like this it becomes abundantly clear that the sweet habits of our children are having a devastating effect on the state of their teeth’, said Professor Nigel Hunt, dean of the Faculty of Dental Surgery at the Royal College of Surgeons.

‘That children as young as one or two need to have teeth extracted is shocking.

‘It’s almost certain that the majority of these extractions will be down to tooth decay caused by too much sugar in diets.

‘Removal of teeth, especially in hospital under general anaesthetic, is not to be taken lightly.

‘There tends to be an attitude of “oh, they are only baby teeth” but in actual fact how teeth are looked after in childhood impacts oral health in adulthood.

‘What is really distressing about these figures is that 90% of tooth decay is preventable through reducing sugar consumption, regular brushing with fluoride toothpaste and routine dental visits’, Professor Hunt continued.

‘We’d like to see a significant proportion of the money raised through the government’s sugar levy spent on oral health education.

‘Sugar has an almost immediate damaging impact on teeth and if we teach parents and children to cut down on sweet treats and look after their teeth properly, there will be a positive knock-on effect for childhood obesity rates too.’

The Government will set out detailed legislation for the Soft Drinks Industry Levy in the Finance Bill 2017.

Implementation of the levy is expected from April onwards.

The Faculty of Dental Surgery also says that health workers and school nurses have a role to play in educating parents and children about dental health.