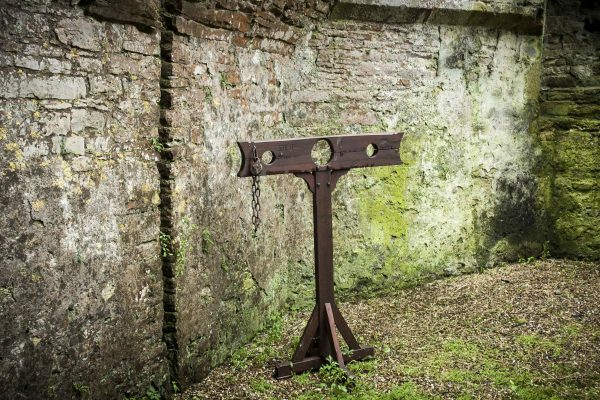 Kevin Lewis discusses potential issues after the discount rates applied to personal injury claims were dropped from +2.5% to -0.75%.

The past few weeks have brought several stark reminders of the multiplicity of challenges facing NHS general dental practitioners, and of the paucity of options available to them in terms of managing their predicament without collateral damage.

In medieval times, wrong-doers were often clamped or manacled into the village or town stocks, to keep them there while all manner of unpleasant things were thrown at them. The way that NHS dental services are currently commissioned has pretty much the same effect – you just have to sit there and cop it sweet, since you can’t easily extract yourself from a bad situation and move to fresh pastures.

At least the miscreants were pelted with locally-grown produce and excrement. It was organic, which must have been heartening for the first few hours. Modern dentistry is delivered with equipment, instruments and materials from around the world and the pressure on the value of the pound (and the continuing climate of uncertainty) is making a lot of these essential components more expensive.

Closer to home, some upward movement is also being seen in pay expectations for the first time in years, and costs like these are a crucial element in practice profitability when income is effectively fixed and subject to downward adjustments (clawbacks) only. At the same time, the GDC and others have been waiting like a long-armed wicket keeper to grasp at the slightest shortfall in quality and standards. What did we ever do to find ourselves in this predicament?

The direct impact of the recent announcement by Justice Secretary Liz Truss that the discount rate is to be reduced – in one jump and with almost immediate effect – from +2.5% to -0.75% is far, far greater for the medical profession than for dentistry. Put simply, when compensation for the cost of future (typically, lifetime) care is being paid to an injured person up front as a lump sum, the insurer or indemnifier pays a little less to reflect the fact that the recipient has the opportunity to invest and make a return on that money over the period until they need it. That court-approved percentage deduction is the ‘discount rate’. The lower it is, the greater the compensation payments need to be. The investment market for low-risk, cautious investors is flat on the floor and the new -0.75% rate reflects this.

Claims arising against NHS employees working in the hospital and community sectors are the responsibility of the NHS and are managed by the NHS Litigation Authority (NHSLA) with the cost coming out of central NHS funds on a pay-as-you-go basis. But the additional cost that will now be faced by the NHSLA when settling claims that involve massive expenditure on long-term future care will chew a chunk (estimated at an extra £1 billion) out of already stretched NHS resources, and that is money that can’t be spent elsewhere. It adds to the mounting pressure about priorities and ‘tough choices’ in health and social care – we all know how low down the pecking order dentistry tends to be when fiscal conversations are in the air.

Worse still, for many of the most expensive of these claims, it has a retrospective impact stretching back in relation to treatment provided even decades ago, so the legacy of this decision will be haunting the whole of the NHS well into the foreseeable future. NHS England commissioned a report, General Practice Forward View (GPFV), which was published this time last year, looking at how best to put medical general practice back onto a sustainable footing. It is often said that medical GPs are the heart and lynch-pin of the NHS – and so they are – but where would NHS dentistry be without GDPs? Confined to the imagination of politicians, I would suggest.

Shifting care back out into primary care doesn’t only cut the cost of delivering the care itself – a less obvious dividend is that the litigation risk also travels from the NHS to the individual GP. The cost of GP indemnity (especially, for out-of-hours cover) has soared in recent years and is one of the factors blamed for the continuing GP workforce deficit and the annual winter out of hours crisis that stands in the way of the long-promised 24/7 NHS. Last year’s GPFV report ushered in a new GP indemnity support scheme to offset the extra indemnity costs and the first of these subsidy payments is due to be made to our medical colleagues next month. A similar subsidy arrangement – the Winter Indemnity Scheme – supports the extra cost of indemnity, which includes out of hours cover, over the peak winter months.

The BDA has quite properly called for a similar scheme to be offered to GDPs. The annual cost of indemnity for medical GPs is much greater, and the crisis is more obvious and more politically embarrassing. But the lack of an equivalent meltdown prompting government action is yet another example of how GDPs have historically papered over the cracks in this and every other previous system. We do ourselves no favours because only the great dental access crisis that stalked the Blair government has come close to causing the same level of pain. We endure a great deal, threaten a lot but like the poor offender manacled to the stocks, how accessible are our options and escape routes?

The slashing of the discount rate hits the insurance industry hard too and creates a black hole of many potentially underfunded years when premiums were being set to reflect the discount rate as it was, not as it might be at some unspecified time in the future. It is fair comment that for several years it has been a case not of whether the discount rate would be adjusted, but when and by how much, and over what timescale. What has happened is at the extreme end of that scale and the reality is arguably that it is too much, too late and a more gradual, earlier intervention would have created less pain for all concerned. But insurance premiums of all kinds will inevitably increase, and this has a knock-on effect on the cost of many other things – as we will no doubt discover shortly.

The idiom ‘you can’t make a silk purse out of a sow’s ear’ has been around for generations and possibly for as long as the village stocks. The reality, of course, is that general dental practitioners have been making silk purses out of sows’ ears for most of the past half century. Far too many of them, probably. And very nice ones too.

Meanwhile, and at great expense, we spend five years turning out the academic equivalent of silk purses only to place these blameless new graduates into a sow’s ear of an NHS GDS system, where we expect them to produce high quality dentistry for next to nothing. If the architect of the UDA system were to be placed in the stocks tomorrow, the queue would stretch many times around the village green. And we wouldn’t be chucking spring water and flower petals.