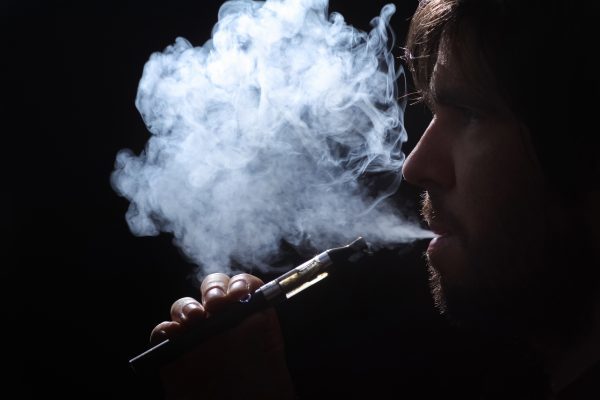 Electronic cigarettes are as equally damaging to gums and teeth as conventional cigarettes, a study has suggested.

The University of Rochester Medical Center research provides the first scientific study to address e-cigarettes and their detrimental effect on oral health on cellular and molecular levels.

Electronic cigarettes are often perceived as a healthier alternative to conventional cigarettes, as scientists previously thought that the chemicals found in cigarette smoke were the culprits behind adverse health effects, but a growing body of scientific data, including this study, suggests otherwise.

In the study, published in Oncotarget, the research team exposed 3D human, non-smoker gum tissue to the vapours of e-cigarettes.

They found that when the vapours from the e-cigarette burned, the cells in the tissue released inflammatory proteins that aggravated stress within cells. This stress can potentially damage the cells, which could then lead to various oral diseases. ‘How much and how often someone is smoking e-cigarettes will determine the extent of damage to the gums and oral cavity,’ commented Professor Irfan Rahman, lead author of the study.

The team also found that the flavouring chemicals used in e-cigarettes can also damage cells in the mouth, with some making the damage to the cells even worse, with co-author Fawad Javed adding: ‘It’s important to remember that e-cigarettes contain nicotine, which is known to contribute to gum disease.

‘We learned that the flavourings – some more than others – made the damage to the cells even worse,’ commented Javed, a post-doctoral resident at Eastman Institute for Oral Health, part of the UR Medical Center, who contributed to the study.

‘More research, including long-term and comparative studies, are needed to better understand the health effects of e-cigarettes,’ added Professor Rahman, who would like to see manufacturers disclose all the materials and chemicals used, so consumers can become more educated about potential dangers.

The study, E-cigarettes and flavorings induce inflammatory and pro-senescence responses in oral epithelial cells and periodontal fibroblasts, was published in Oncotarget.