NHS contract reform: are you ready? 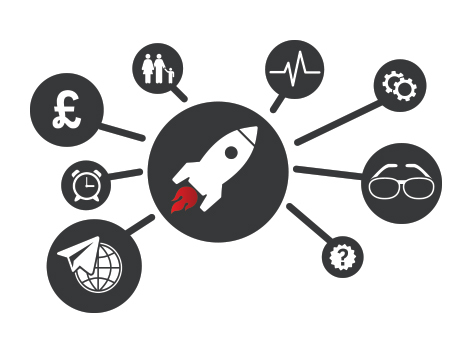 NHS contract reform: are you ready?

We explain everything we currently know about the potential new NHS dental contract.

Six months ago, 100 dental practices were selected to take part in the government’s Dental Prototype Agreement Scheme, to road test a new NHS dental contract that aims to offer a new way of providing dental care, with an increased focus on disease prevention.

Six months on, the number of participating practices has fallen to 79 – and we can only speculate as to why 21 of these practices could not make the prototype work.

Confusion and mystery has shrouded contract reform. What does the new contract mean for NHS dentists? When will it be implemented? Will it leave dentists financially worse off? Will it cause barriers to patient access? What is the potential for contract clawback? These are just a few of the questions being asked by the profession.

A prevention-based clinical philosophy forms the basis of the prototypes, and is delivered via a ‘care pathway’. The two types of prototype contract are known as blend A and blend B (more information below).

The NHS dental contract reform is predicated on the need to change the focus of dental service provision from the delivery of treatment to address disease, to a system where prevention is the focus with the patient participating in their own care to minimise the occurrence of disease. The idea is to promote a shared responsibility to improve and maintain patients’ oral health.

The clinical philosophy is delivered via a care pathway approach, which was refined during the previous piloting process. The care pathway describes evidence-based stages that will take a patient towards an expected or planned outcome. This includes a Dental Quality and Outcomes Framework (DQOF), which covers ‘outcome indicators’ such as rates of decay, and a new set of ‘best practice’ measures.

Key elements of the care pathway are:

Two ‘blends’ of prototype contracts are being tested, depending on the extent of capitation and activity.

A practice’s contract value for general dentistry is split between:

Practices are subject to a remuneration adjustment (up to 10%) in respect of quality, via the DQOF at year end.

Finally, dentists’ expenses arrangements are also not expected to change. In particular, this applies to laboratory fees, which remain the responsibility of the dentist to fund out of gross remuneration.

The expected patient list is based on pre-pilot levels with adjustments to reflect:

Capitation is triggered when a patient joins the practice patient list and attends for an OHA. They will remain on the list for three years, unless they attend for NHS treatment elsewhere.

Activity continues to be measured in units of dental activity (UDAs), with band two treatments accounting for two UDAs (blend A only) and band three treatments counting as 11 UDAs.

Urgent courses of treatment do not count as activity for registered patients, but count as 1.2 UDAs where the patient is not registered with the practice.

Patient charges continue to be raised as in the existing contract and the previous pilot system – the current three-band system, with the addition of band 1A for preventive only care.

The scope of NHS care available to patients stays the same with dentists delivering ‘the full range of care appropriate to a patient’s need’.

A definitive timeframe for the rollout of the new NHS dental contract has not been communicated by any government body.

Originally estimated at 2018, contract launch estimates now stretch as far into the future as 2019 or 2020. However, Sara Hurley, the chief dental officer for NHS England, exclusively told Dentistry.co.uk that rather than conducting a nationwide launch at a set time, the new contract will likely be introduced through a phased approach.

The idea is, the CDO said, that once the contract is running smoothly and correctly in a few key areas, it will spread ‘like inkblots’ across the country.

The introduction of a time limit on NHS contracts has been speculated, meaning practices would potentially need to re-tender contracts every five years.

In 2015, the HM Treasury released its A Better Deal report, that stated: ‘The government believes that there are opportunities to improve both efficiency and competition in the provision of dental services and will be carefully considering the issue of non-time limited dental contracts as part of broader work on contract reform’.

The prospect of contract-retendering could have a significant negative impact on the long-term business plans for dental practices – particularly in relation to aspects of business such as securing investments.

At this time, it is unclear whether the new NHS dental contracts will include a time-limited element. However, in November 2016, Henrik Overgaard-Nielsen, chair of the British Dental Association’s General Dental Practice Committee, said:

‘The Department of Health say [time-limited contracts] are not a priority for them. The Department said they have to happen because of European [Union] legislation. But following the UK’s vote to leave the EU in June, the time-limited element may not be a necessary component of the new contract by the time it is rolled out’.