Transitioning gender in dentistry: the cost of identity, beauty and bravery 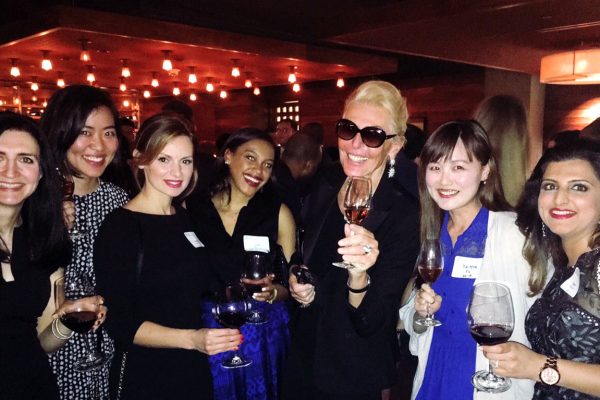 Transitioning gender in dentistry: the cost of identity, beauty and bravery

At 65, endodontist Anne Koch transitioned gender. Here, Carlotta Eden asks Anne what it’s like changing from how you were born, to the person you really are

When Anne Koch left the dental profession in 2013, she knew that she would only return once she was happy with her life, body and mind.

‘It’s taken a long time for me to accept who I am,’ Anne Koch tells me, as we discuss her gender transition. ‘The mistake I made was thinking that people would stand up for me.’

Before 2013, Anne had made a name for herself in dentistry – but it wasn’t as Anne Koch. She’d joined the United States Air Force as a prosthodontist, before taking on the postgraduate endodontics programme at the University of Pennsylvania.

She was tasked with creating a new postgraduate programme at the Harvard School of Dental Medicine, and eventually became director of Tulsa Dental Products before setting up her own education company, Real World Endo. But despite a successful career, marriage and life-long love affair with endodontics, Anne wasn’t happy. There was something missing; something she knew she needed to address sooner rather than later. It was a secret she had been grappling with since she was five years old; one she’d stifled throughout puberty, adolescence and adulthood, until she was diagnosed with squamous cell cancer in May 2011, at 61 years old.

‘Mortality hit me like a ton of bricks and I knew I had to transition,’ she says. ‘I purposely lost 70 pounds and went to see a plastic surgeon. I wanted to make sure that I could eventually pass as a woman; I had no intention of being seen as a clown.’

She wouldn’t know it then, but the biggest decision of her life was about to become her hardest battle yet.

In February this year, a report from the Human Rights Campaign said 2016 could be the most dangerous year for transgender – ‘trans’ for short – rights in America (Ennis, 2016; Warner, 2016), where increasing trans visibility has coincided with a rise in anti-trans legislation.

As a staunch feminist and motivational speaker for the trans community, Anne tells me that transgender issues should be recognised as a public health concern in order for things to improve. The transgender population in the US, which has long been stigmatised, is considered to be 0.6% of the population, although a few medical insurance companies now place it as high as 4% of their total patient population. Some trans women even turn to sex work as a means of survival, leading to increased HIV and STD rates.

Anne calls it a ‘vicious cycle’ and says the transgender population continues to face rejection, misunderstanding, animosity, violence and, ultimately, poor medical/health outcomes – even in a modern, progressive society.

For the past few years, she has campaigned for better support and healthcare in transgender medicine, speaking at medical, dental and trans conferences across the US, encouraging health professionals to reflect on whether or not they are creating a welcoming environment for these patients.

‘A welcoming environment is one where the patient feels comfortable and non-threatened,’ explains Anne. ‘These people have a history of being rejected by their healthcare system or providers, so they have a narrow window before they walk away entirely. The stress they face is overwhelming; studies have shown that 41% of transgender people attempt suicide at some point in their lives. We need to be better.’

Anne’s presentations have a strong personal narrative. She often talks to the aesthetic world about facial feminisation procedures, including rejuvenation, facial aesthetics and transgender medicine as a whole. ‘Facial surgery is like periodontal surgery,’ she adds, ‘if you do not maintain it, you will lose results!’

The point of all this? Anne wants to create a lasting impression on the medical world – particularly in the dental community, a profession close to her heart. In the UK, the Commons Women and Equalities Committee (2016) estimates that there are 650,000 people who are ‘gender incongruent to some degree’ and that transphobia impacts their careers, living standards and mental and physical health. It’s a growing population and one whose dental health needs addressing.

Anne worked with many trans patients while practising in Philadelphia, immediately after dental school in 1977 and years before her own transition. Her observations over the years have only grown stronger, and she believes that transgender patients do not take advantage of their dentists enough.

‘I see some people who have transitioned and I feel sorry for them, because they don’t realise how big an impact a smile can have on their features,’ she says.

She wants dentists to understand that transgender patients deserve the same care and support that other patients receive – which, of course, should go without saying.

She thinks the biggest challenge is the need to dispel myths. ‘The trans community is very diverse,’ she says, ‘and so many healthcare providers are clueless; they are well intentioned, but they just don’t know what to do.

‘Everyone wants to do what is politically correct. What they need to understand is how you work with these patients and what to expect: both good and bad. So many of these patients have been traumatised, and the main thing is creating that supportive environment.’

In the US, Anne believes that this starts with primary care providers, as well as education. An individual seeking advice on procedures in transgender care should have someone with them every step of the way.

She tells me that, in the US, if you have the money or the insurance coverage, you can ‘game’ the healthcare system. That means that there are very few therapists in the country who are willing to say ‘no’ to a patient who wants to transition.

‘Everyone has a right to their own spot on the gender continuum, but there is basically no continuity of care in transgender medicine. So much of the transgender phenomena has been driven through the internet; there is a “honey, you’re own on your own” attitude! We need to make sure that follow-up and support is there, especially on the surgical side.’

The price you pay

While Anne is a powerful advocator for LGBTQ (lesbian, gay, bisexual, transgender and queer) rights, there are times when her strength falters.

Since her transition, she has returned to work and now faces ‘all the challenges that any single woman my age, mid-sixties, deals with’ – but it’s also come at a huge cost. She’s been ostracised and rejected, both by friends and colleagues. She lost her marriage and, at first, her standing in the profession. The loneliness, she admits, can often be overwhelming.

‘There were some people who arduously (and successfully) worked against me for the first three and a half years of my transition,’ says Anne. ‘It’s getting a lot better now, but I lost so much in the process: an incredible amount of money, almost all of my business friends, and my family.

‘I had asked my surgeon, who is a transsexual woman, how long before I don’t wake up every morning wondering if I made the world’s biggest mistake. In a nanosecond she replied with, “four to five years”. She was spot on!’

Her beacon of hope was her love for her specialty – endodontics – despite disappearing from dentistry altogether for over three years.

‘This wasn’t through choice,’ she points out. ‘The University of Pennsylvania got the ball rolling when they reached out to me after my transition. I am now an endodontic faculty member, as well as a senior fellow with Penn Medicine. They gave me my confidence back.’

Last year, Anne was also ‘warmly embraced’ by the American Association of Endodontists (AAE), and simultaneously began speaking at more and more dental conferences. She will be giving two presentations at the AAE Annual Session in New Orleans next year – one on the bioceramic technique, and the other on treating the transgender endodontic patient.

‘I would offer that advice to anyone who’s a healthcare professional thinking of embarking on this journey: don’t expect colleagues to help you. They’re not against you, but most people just don’t want to get involved. You have to be assertive and get out there. Once they see that you’re like any other professional woman, they’ll get over everything else.’

When it comes to seeing things from a different perspective, Anne gets it. She’s faced disparities in the US healthcare system full on, has treated trans patients for years, befriended them, seen their highs and lows – long before she transitioned – and, in her own words, knows what it’s like to be a ‘successful old white guy’. She understands that creating dialogue can be tough, but she also knows that it’s worth it.

I ask her what it’s like talking to colleagues she knew before her transition and how accepting they are, now, of her choice.

‘I understand people’s hesitancy,’ she says.

‘I would like to see this in the medical and dental world, too; just because someone doesn’t do something, or live, like you do, does not mean they are any less deserving of being a patient.

‘I had no support other than myself – what is needed is continuity of care and some form of follow-up. And that starts with knowledge and understanding of the issue.’

It’s taken her a long time, but Anne is (and more importantly, sees herself as) a successful, professional woman. She lives in a country where equality, freedom and respect for all individuals is constantly paraded as a national priority, and says it’s time for her country to put their money where its mouth is. She is in a position to help effect change, and while she knows it won’t happen overnight, she has faith.

‘I have the unique perspective of having been a very successful old white guy in my profession, and now here I am as a professional woman in the same field. I use my “transsexual woman” status to create a dialogue on women in medicine. General medicine, dental medicine and veterinary medicine.’

Anne hopes this particular fight, for the trans community and women, is not a solo one.

Warner C (2016) The most dangerous year for transgender rights could be happening right now in 2016, according to the Human Rights Campaign. Bustle [online]. Available at www.bustle.com/articles/143948-the-most-dangerous-year-for-transgender-rights-could-be-happening-right-now-in-2016-according-to [Accessed 10/11/16]