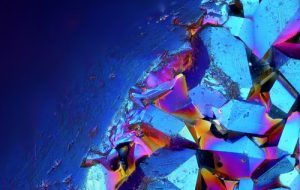 A study has revealed that ultrasonic scaling of titanium implants releases particles that not only vary by surface type but also aggravate peri-implantitis.

For the study, researchers investigated whether ultrasonic scaling of dental implants done to manage peri-implantitis releases titanium particles that may induce inflammation and osteolysis. They also explored whether the response of the implants varied based on the amount of surface roughening.

‘The results of this study confirm the hypothesis that ultrasonic-produced particles elicit a strong immune and osteolytic response,’ Michal Eger, DMD, and colleagues from Tel Aviv University wrote in Scientific Reports. ‘To the best of our knowledge, this report is the first study to describe the potential biological consequences of performing [ultrasonic] scaling on Ti implants.’

The aim of study was to investigate if dental implant scaling, designed to prevent peri-implantitis, may actually cause and aggravate the disease’s progression. To determine this, the researchers examined the release of titanium particles from several titanium disks of varying roughness following ultrasonic scaling.

The investigators cultured primary bone marrow-derived macrophages for 24 hours with the titanium particles released by scaling of the sandblasted and acid-etched surface, the most common surface treatment used in commercially available dental implants. This mimics the release of particles that occurs during routine cleaning around dental implants. They also conducted tests to examine the relationship of the number of particles, original implant surface, and other factors to the inflammatory response.

The titanium disks studied were either machined, sandblasted, or sandblasted and acid-etched.

As the study only examined short-term responses to titanium particles and not long-term, chronic effects of exposure, the next step is for follow-up clinical studies to examine the long-term effects of ultrasonic scaling on roughened titanium surfaces on particle-induced inflammation and osteolysis.

‘The dramatic bone loss that was observed in vivo in the presence of Ti particles is unlikely to be reversible,’ the authors wrote.

‘This study suggests that the biological consequences of implant cleaning procedures have a significant clinical impact,’ the authors concluded. ‘Thus, evaluations of treatment results should concentrate not only on the efficiency of the cleaning and the damage caused to the implant surface but also on the quantity and properties of the released particles.’

6hr
|
Implant Dentistry
Dentistry Online uses cookies to give the best experience. If you continue to use our site, we will assume that you agree to the use of such cookies. Read More.
Accept