Sugar tax could reduce cases of tooth decay by 270,000 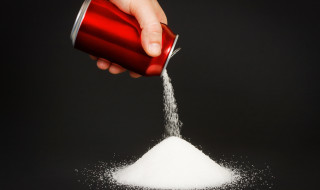 Sugar tax could reduce cases of tooth decay by 270,000

The sugar tax could help reduce tooth decay by around 270,000 cases every year, a new study has shown.

The study believes the tax on sugary drinks will make soft-drink industries cut the amount of sugar they add to drinks lowering the risk of tooth decay to consumers.

‘Health research shows that sugar-sweetened drinks are a major cause of tooth decay, with some young people consuming the equivalent of a bathtub of these drinks every year,’ Mick Armstrong, chair of the British Dental Association, said.

‘As these contain up to nine teaspoons of sugar per can, cutting back on sugar ought to be a no-brainer.

‘The industry could do itself and its customers a favour by putting the brakes on the unacceptably high numbers of children filling up our hospital beds for extractions.

‘At the cost of £834 per child, this would save the NHS hundreds of thousands every year.

‘We urgently require industry to play its role in weaning Britain off its addiction to sugar.

‘Industry now has the opportunity to act responsibly and a real reason to cut the dose.’

One in four children in England are living with tooth decay, according to the latest survey from Public Health England.

The BDA hopes the survey, published in The Lancet titled The health impact assessment of the UK soft drinks levy: a comparative risk assessment modelling study, will help to encourage soft-drink industries to cut the amount of sugar used.

Dentists have praised Cristiano Ronaldo for removing two Coca-Cola bottles during a press conference, leading to a drop in the…