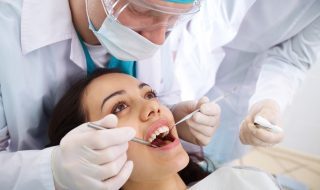 NHS dentistry is ‘catastrophically failing the public’, a letter published in The Telegraph has claimed.

The letter, co-written by five specialists including Tony Kilcoyne, claims NHS dentistry is ‘worsening every year’, and is calling for it to be removed from politicians’ ‘incompetent’ hands altogether.

‘The incompetence is reflected by the increasingly frequent hospitalisation of children with rotten teeth, the expansion of dental charities providing emergency dental care in England, and the failure of dental NHS 111, as recently reported on ITV Good Morning Britain – all compounded by watered-down obesity and sugar-tax policies,’ the letter says.

‘The current NHS dental system is limited centrally and cannot properly provide even basic services for half the population each year.

‘It’s time to stop tolerating excuses and start preventing like we mean it.’

The letter has been co-signed by thousands of dental professionals around the UK.

The British Dental Association has moved to comment on the letter saying it ‘broadly shares the concerns’ raised in the letter, however it didn’t want to diminish the quality of care received by patients within the NHS.

‘We have consistently called for change with a square focus on prevention,’ BDA chair, Mick Armstrong, said.

‘Consistent failure from government should not diminish the work of NHS dentists, who are delivering high quality care for their patients in very difficult circumstances.

‘We need to see politicians more engaged on oral health and NHS dentistry, not any further removed.’