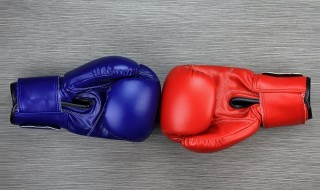 Following new calls from the National Institute for Health and Care Excellence (NICE) for oral health programmes in schools, the British Dental Association (BDA) is calling on national government to support local authorities to turn the tide on an epidemic of tooth decay.

NICE has recommended councils provide toothbrushing schemes in schools and nurseries in areas where children have poor oral health. Similar schemes already exist in Wales and Scotland, where devolved governments have set out dedicated oral health strategies that include outreach to early years and primary schools, and that have contributed to record breaking falls in decay. Despite progress by many local authorities, there is no equivalent programme in England.

Health officials have claimed that devolution of powers to local authorities in England represents a barrier to rolling out a dedicated national programme.

Tooth decay is the number one reason for hospital admissions among children across Britain. England experiences significant and enduring oral health inequalities: a child born in Blackburn and Darwen is nearly seven times more likely to experience decay than one born in Surrey.

BDA chair Mick Armstrong said: ‘Getting teachers, parents and health practitioners on the same page is a vital first step in the fight against tooth decay. Sadly, while many councillors are stepping up to this challenge, ministers in Whitehall have been too willing to abdicate responsibility.

‘Every year a preventable disease leaves 50,000 children in hospital for multiple tooth extractions. In Scotland and Wales, dedicated programmes are delivering record breaking falls in decay. And while many councils in England are making real headway, a vacuum of national leadership is leaving a patchwork of provision.

‘Ministers in England can’t remain bystanders. They should be empowering local authorities, sharing and celebrating best practice and actually putting their money where their mouth is when it comes to fighting decay. Talk of “devolution” shouldn’t be a shorthand for not giving a monkey’s about children’s oral health.’