‘You just have to go for it’ 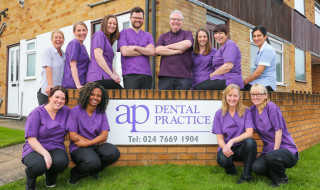 ‘You just have to go for it’

Alex Price shares his experiences of switching from his previous plan provider to Denplan.

Allesley Park Dental Practice was opened by my father, Doug Price, back in 1989, and I joined having qualified and worked both in Australia and in the UK. We had over 1,000 patients registered with another payment plan provider and just a handful with Denplan, but we were impressed with the level of professional and business support that Denplan offered and gradually came around to considering moving the other patients to them.

Our Denplan regional consultant, Sue Woodcock, called in ‘on spec’ and made an appointment to see us to discuss a possible switch to Denplan. We had been reluctant to consider Denplan because we expected it to be much more expensive than our current provider, but Sue was soon able to demonstrate how much more Denplan could offer us.

Sue put a bespoke business plan together for the practice, which detailed what making the move would involve, and we decided to go ahead last July.

Letters were sent out to our existing patients in September, and the transfer to Denplan was completed in a couple of months. Sue promised that 95% of our patients would be successfully switched by the start date of 1 December and we were sceptical, but in fact we exceeded that, with 96% transferred, plus some new patients, so we now have more patients on Denplan than our previous total.

The move went smoothly. Sue was very organised, the staff received thorough training in advance and we worked quickly and methodically through the patients. When the letters had gone out, Sue set up her desk in the waiting area for two weeks to explain to patients what switching to Denplan would involve, and made it quick and easy for them to transfer. If it’s a hassle, they aren’t likely to want to do it, but it was very simple, and the paperwork was done then and there. Sue then came back in towards the end of the process to contact the last few stragglers and remind them to sign up.

My father and I both did a principal only conversion in the first instance, so our associate and trainee continue to see NHS patients, but we will be expanding our Denplan activity in due course.

So far it has been good. Sue has been very attentive and we have been taking advantage in particular of the training that Denplan has to offer.

Our nurse, Pippa, is our Denplan Champion, with special responsibility for promoting Denplan in the practice, and she has been on a Denplan Champions’ Forum and enjoyed other incentives, which have been extremely motivating. We have been on a number of training days and my father and I are both undergoing the Denplan Excel training and are well on the way to becoming Excel certified.

We’ve worked with the Denplan practice marketing team too, in order to keep up momentum and continue to grow the practice. With input from Denplan we have set up a new website and we are working with them to map our local demographics and identify possible new patients. We now have a Facebook page and are sponsoring a local children’s rugby team.

The staff have been particularly motivated by the promotions and incentives that Denplan has offered, and we have really benefitted from that. Because we have transferred so many patients we have been able to reward our team by sharing out the rewards that we have won. It’s so important to have the staff onside.

We are pleased we made the switch to Denplan. We were wary of the unknown, and whether our patients would be prepared to move, but would recommend it to other practices considering converting. Having Sue there beforehand in the practice to train the staff and talk to patients, and accepting all the help that Denplan provides, mitigates the concern, and the process was extremely smooth and simple. Once you have made the decision, you just have to go for it.

For more information on making the switch to Denplan, visit www.denplan.co.uk/dentists.