There is no more money 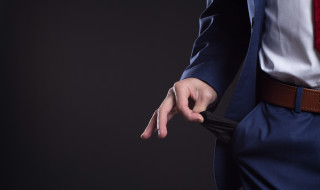 There is no more money

There could be bad times ahead for dentistry as the NHS attempts to make savings, Michael Watson says.

Last week the Chancellor of the Exchequer, Philip Hammond, also known as ‘spreadsheet Phil’ presented his last and only Autumn Statement.

Although some of what he said will affect dentists as taxpayers and practices as businesses, he was conspicuously silent on NHS funding.

Before his statement, the Conservative chair of the Commons Health Select Committee, Dr Sarah Wollaston MP, had written to him saying that her Committee had concerns that the government did not recognise ‘the severe financial pressures under which the NHS is working’.

She also said the government’s ‘continued claim’ that there is additional health spending of £10 billion was not only incorrect, but gives the impression that the NHS is ‘awash with cash’.

Mr Hammond’s response in his Autumn Statement was to repeat this claim.

He had previously replied by letter to the Committee dismissing all their demands for additional funding.

Last month the Prime Minister told the head of the NHS, Simon Stevens, that it would get no extra money, despite rapidly escalating problems that had led to warnings hospitals were close to breaking point.

She reportedly told him that the NHS should ‘urgently focus on making efficiencies’ to fill the £22bn hole in its finances and not publicly seek more money.

She also told him the NHS could learn from the painful cuts to the Home Office and Ministry of Defence budgets that she and the chancellor had overseen when they were in charge of those departments.

Sorry to be the bearer of bad tidings, but the message from the government is that there is no more money for dentistry and only a little more for the NHS.

Failure to meet targets results in clawbacks, which do not have to be re-invested in dentistry; there are other priority areas in primary care, such as care of older people and mental health.

In addition NHS finance people will look at having to pay, for example, 12 UDAs for a single unit or three UDAs for a simple filling and ask whether these could not be provided as items of service at half the price.

Perhaps not under the present system, but what about a new contract, where UDAs have been abolished?

The Department of Health could see this as an opportunity to make substantial savings, to the detriment of practice finances.