How will the Autumn Statement impact dentistry? 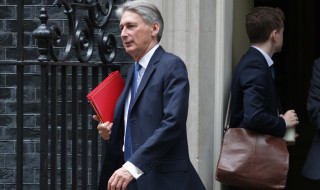 How will the Autumn Statement impact dentistry?

Two changes announced in the Autumn Statement likely to affect practitioners, are the alignment of employer and employee thresholds for National Insurance Contributions and the increase in the National Living Wage, both of which will take effect from April 2017 and increase the costs of employment.

A further change announced will impact any dental practices currently operating a salary sacrifice scheme for their employees, with limited exceptions, the current advantages of such schemes will be removed.

‘One could view this as a “steady-as-she-goes” Autumn Statement from a Chancellor keener on the figures than grand political gestures,’ Charles Linaker, tax partner at NASDAL, member UNW, said.

‘I was interested to see that there was no mention of Making Tax Digital – announced a year ago by his predecessor, and which, if and when implemented, will have a major impact on how dental practices interact with HMRC; initially for sole principals and partnerships and ultimately for incorporated practices also.

‘This may have been because the consultation period for responses only ended earlier this month but there will undoubtedly be further developments on this front over the next few weeks leading up to next Spring’s Budget.’

The Chancellor announced he will continue with the staged reductions in Corporation Tax from 20% to 17% by 2020.

He also confirmed that the tax free personal allowance would be raised to £11,500 for tax year 2017/18 and that this would continue to rise to a target figure of £12,500 by the end of this Parliament; and similarly that he would maintain the objective of raising the threshold for the higher rate of 40% income tax to £45,000 for tax year 2017/18 and ultimately to £50,000 on the same timescale.

The highest rate of 45% remains in place above the limit of £150,000 meaning those with incomes above £100,000 will continue to find that their personal allowances are clawed back at the rate of £2 for every £1 in excess of that limit.

‘Now more than ever, the advice of specialists is key.’