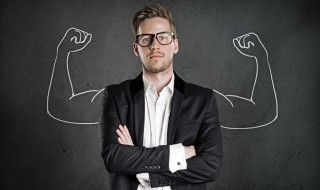 Simon Thackeray reflects on what the latest NHS Confidence Monitor survey results reveal about the career prospects for those working in the profession, and the ways in which confidence in dentistry could be improved.

It’s sad that the results of the fourth NHS Confidence Monitor survey show that approximately one third of the profession would probably choose a different career if they had their time again, and that over two thirds wouldn’t recommend it as a profession to others. I personally think this is due to the perfect storm of increased bureaucracy, increased threat of the General Dental Council, and a contract that to me looks as similar to playing a game of rugby where someone changes the rules every 20 minutes without telling you, the ball is on fire, you’re covered in petrol, and someone has forgotten to bring the fire extinguishers.

Further to this, 84% of dentists lack confidence in their career prospects in the NHS, which is not particularly surprising, but a sad indictment of how the system is failing the younger practitioners. Whilst there has never been a formally defined pathway, at least in the past there has been the ability to develop skills within the system before then utilising these either in your own practice, or moving into the private sector.

With the inexorable rise of the faceless entity that are the corporates, and the increased skill sets needed in private dentistry that are often not provided routinely on the NHS, the younger practitioner has a much more challenging time ahead.

We will begin to reap what we sow soon, and the risk of a largely deskilled dental workforce is looming, with only those who have the foresight to invest in their training to take them out of the NHS sector having anything like the career progression of old. There is the attempt to make some form of career pathway within the NHS by introducing the tier one, two and three levels of practitioner, but who in their right mind will invest years of training, for example in endodontics, to be rewarded with the princely sum of three UDAs (or whatever the new currency will be)?

It’s interesting that one of the points raised by the survey as to how confidence in dentistry could be improved, is a change in public perception. All too often we are given a bad press, and The Times article in early August focused on ‘The great dental rip-off,’ was yet another example of dentist bashing. Whilst much of that article actually pointed to the elephant in the room, that is an increase in extractions over root treatment that we all know has happened, once again as a profession we are given a good kicking without any particularly vocal defence from our representatives.

The BDA response the following day was relatively strong for them, but unfortunately was likely to be read by very few members of the public indeed. Morale is obviously at an all-time low in the profession, and it is the responsibility of our representative body to be proactive with the press and not reactive. Publishing a response that will be read by few members of the public isn’t really going to make much impact on public perception of the profession.

The results also revealed that more professional support was seen as a factor that could improve confidence levels. Well, there is professional support available, if you know where to look for it. But one of the problems is the worry that indemnifiers will load premiums (even though they say they don’t) or even drop members when they seek support.

Other support is available but this often comes at a price, and there are many parasitic companies feeding off the profession at the moment who promise types of support at a cost, but are very often economical with their interpretation of recommendations, rules, etc, often misleading the busy dentist into buying a product that doesn’t  meet expectations.

A reduction in bureaucracy and regulation was also highlighted as a way of improving confidence in dentistry. I’m afraid I’m of the opinion that this is here to stay for the foreseeable future, so we just have to get on with that. It’s important to have efficient teams and management structures, and given the investment this takes then option four on that graph becomes more necessary – leaving the NHS and going private.

I have said before that any new contract is going to be just as challenging as ones we have had previously, and with an ever-decreasing pot of money to deliver an ever increasingly expensive service then I personally feel that people have to look at their plan B to survive. Our representative body could be more vocal at promoting this.

To me, continuing to rely on the Department of Health to provide a system that is both good for patients and good for the profession is a bit like going into the lion enclosure at the zoo wearing an outfit made entirely from meat and expecting not to get eaten.

The NHS Confidence Monitor is a comprehensive survey commissioned by Practice Plan to track the profession’s confidence levels in the future of NHS dentistry. To view the full results and read further comments from industry professionals, go to www.nhsdentistryinsights.co.uk.