Are corporate bodies good for dentistry? 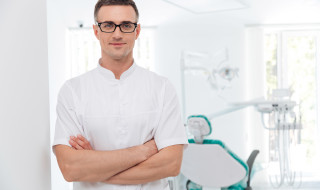 Are corporate bodies good for dentistry?

After Bupa agreed to acquire Oasis Dental Care recently, Michael Watson questions whether corporates will be good for dentistry.

Last week’s news that Bupa had ‘agreed to acquire’ Oasis Dental Care for a reported £835 million aroused some interest in the profession.

Bupa said the move was ‘a significant milestone’ in its strategy to offer customers ‘high quality dental services’.

It reported that the acquisition meant that Bupa will become ‘a major dental provider’ in the UK’s £7.1bn dental market, ‘with more than two million patients, over 1,800 clinicians and 420 practices’.

Accounts filed for the year ending March 2015 showed turnover for Oasis at £234 million and profits at £30 million.

Chief executive, Justin Ash, was reported as saying: ‘Our growth is accelerating and enthusiasm is building amongst dentists and customers.’

He continued by stating their belief that, ‘as part of the Bupa family’ they could develop the business further and ‘continue to transform the UK dentistry market.’

Currently about 20% of the market is in the hands of corporates and over 80% of NHS general dental practitioners are associates working for either corporates or other practice-owning dentists.

Corporate bodies are a relatively new phenomenon in dentistry; it is only 10 years since the GDC removed restrictions on the number of ‘Bodies Corporate’ who could operate.

Many dentists regard these new bodies with suspicion, some with downright hostility.

Others see the frequent change of ownership as a ‘pass the parcel’ exercise and that one day the whole edifice will collapse with dentists able to buy back practices at rock-bottom prices.

Some see them expanding in much the same way as opticians, such as Specsavers, did after they were deregulated 30 years ago.

Others see them as taking over NHS dentistry, looking after those who cannot or do not want to pay private fees.

My own view is that they will remain significant players in the NHS and the Department of Health will (or should) listen carefully to their views on the prototype contracts, for instance.

But if we are to take Justin Ash’s view to ‘continue to transform the UK dentistry market’ seriously, I think their aim goes far wider than simply being the default position for NHS dentistry.

Under the influence, but not necessarily dominance, of the corporates dentistry, both NHS and private will be transformed, primarily to become one that is orientated to providing a service centred around patients.