Charity calls for mouth cancer survivors to be given a voice 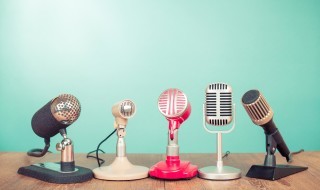 Charity calls for mouth cancer survivors to be given a voice

The Oral Health Foundation is calling for mouth cancer survivors to be given a voice after many of them are deprived of one of their own, even after they have beaten the disease.

The call comes following new research that shows the vast majority of us drastically underestimate the life-changing side effects that mouth cancer survivors are forced to face due to their treatment.

Many survivors of the disease are forced to live with life-changing and debilitating physical problems that affect basic daily things, such as the ability to speak, eat, drink and even breath.

The charity is concerned that mouth cancer survivors are not getting their stories heard due the problems that they face and are calling on everybody to help give them a voice during Mouth Cancer Action Month.

Dr Nigel Carter OBE, CEO of the Oral Health Foundation, said: ‘Imagine being told that you have won your battle with cancer, only then to live with many dramatic side effects of the treatment. Several of these issues affect how you go about every single aspect of your day-to-day life and this is what happens to thousands of mouth cancer survivors every year.

‘As well as chemotherapy and radiotherapy, many mouth cancer treatments involve highly invasive and dramatic surgery, which can include removal of parts of a person’s mouth, tongue and jaw, often leaving them with severe difficulties communicating as well as physical disfigurement.

‘Mouth cancer treatment also leaves many survivors with a loss of the sense of taste due to damage caused to the tongue, permanent dry mouth due to the removal of salivary glands and the loss of teeth and persistent bad breath.

‘In contrast to many other types of cancer, mouth cancer cases are continuing to rise globally, fuelled by issues such as smoking, drinking to excess, betel nut chewing and growing rates of HPV infection.

‘If this continues, many more voices will be lost to this truly awful disease, I am calling on everybody to help give them their voice back and help them to tell their stories and spread awareness of the impact, signs, symptoms, and causes of mouth cancer.’

The research carried out by the Oral Health Foundation in aid of Mouth Cancer Action Month also revealed that the clear majority of people (81%) were in support of mouth cancer survivors being given ongoing support paid for by the NHS, including counselling and speech therapy to help them face the psychological affects their treatment can cause.

‘It’s easy to meet somebody who has beaten cancer and think that’s the end of their story. Unfortunately, and especially with mouth cancer, the repercussions can last a lifetime,’ Dr Carter added.

‘As it stands, survivors face a lifetime of additional costs to address dental problems resulting from their treatment, if you add this financial burden on top of the psychological and physical effects of their battle with mouth cancer a survivor faces it leaves many facing a potentially bleak future.

‘By helping give mouth cancer survivors a voice you can help to change the way they live their lives, raise public awareness of the disease and hopefully get many more cases diagnosed early enough so that sufferers do not have to face the same issues in the future.’

Mouth Cancer Action Month runs throughout November and is organised by the Oral Health Foundation and sponsored by Denplan. The charity campaign is aiming to raise awareness of the signs and symptoms of mouth cancer, in order to get more cases caught early enough to make a difference to the chances of survival.

In the UK, mouth cancer cases have increased by 39% in the last decade alone and by 92% since the 1970s. Unfortunately, survival rates have not improved in the last 20 years either, that is why it is vitally important that everyone is more ‘mouthaware’. Mouth cancer can affect anyone, so everybody needs to be able to recognise and act on the early warning signs in order to improve early diagnosis and help save lives which otherwise could be lost to this terrible disease.

Find out more information about the signs, symptoms and causes of mouth cancer and how you can get involved in Mouth Cancer Action Month 2016 at www.mouthcancer.org.