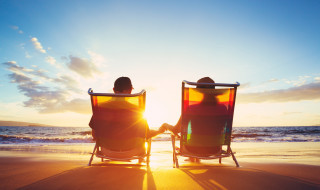 We need to strike a good work-life balance if we are going to enjoy our best years in dentistry and after we retire, Kevin Lewis says.

A career in dentistry spans, for most people, what might be described as the best years of their lives. Put aside for a moment the two phases of life before and after one’s working life and one is immediately struck by the modern dilemma faced by most healthcare professionals but certainly by dental practitioners.

‘What is this life if, full of care, we have no time to stand and stare?’ are the opening lines of a celebrated poem by the Welsh poet William Henry (‘WH’ Davies) who died in 1940 during the darkest depths of World War II. It was written a few years before the First World War when he would have been about 40 years of age. This approximates to the age most dentists are half way through their career.

Given that he passed away eight years before the birth of the NHS we can hardly blame the NHS on this occasion, but here we are more than a century after he wrote those words, and yet they resonate more strongly than ever. I wonder if his short poem might have needed a few extra stanzas had it been written in the wake of the internet, smart phones, and the like.

Where is it written that every moment of our lives, our days, our evenings, our weekends and maybe our holidays, needs to be packed full of ‘stuff’? Not so long ago telephones were surgically attached to the wall and your accessibility was determined by the length of the landline cable. Then came mobile phone technology, which ensured that you remained accessible to more people, more of the time. The smaller, lighter and more portable the devices became, the flimsier became your excuses for unavailability. For years I have often wished that all my mobile devices would self-detonate and right on cue Samsung have designed the answer in the shape of the Galaxy Note 7, where this facility comes at no additional cost. Very tempting.

Practitioners have so much more to cram into their working life than used to be the case. The demands of record keeping, legislation, layer upon morale-crushing and energy-sapping layer of regulation and the rest, leaves less and less time to talk to patients, to pause, to renew and re-energise. Breaks, evenings and weekends are an opportunity to catch up on emails, social media etc. And my question (the purpose of this column) is to ask whether it is helping. I suspect not.

Healthcare is a demanding walk of life and dentistry a demanding facet of that. The stakes, the scrutiny and accountability, escalate further with each passing year. Fitting it all in and still doing justice to your personal wellbeing and that of those close to you is a growing challenge for all of us. But when the send button is pressed on that final email or text, our patients and our families and friends end up having to be satisfied with the bruised and tattered remnants of the individual they had rather hoped to spend some quality time with.

In her inspirational book ‘Thrive’ – which I would strongly recommend to you – Arianna Huffington blames many of the ills of modern life upon the compulsion to fill every waking moment, to get more done, to work faster and continually to search out new techniques, technology and efficiencies in order to yield more and more productivity and minimise downtime. Sounds like the mantra for modern dentistry and modern life, doesn’t it? Describing the modern guilt of abandoning one’s digital acquaintances in order to spend a few brief moments with those who you are physically in the presence of, the new infectious disease of ‘continuous partial attention’, is hauntingly recognisable. She also describes a personal crisis and catharsis of her own, which led her to reassess her life and the relentless pursuit of ‘success’ that had characterised it up to that point – when she appeared to be at the pinnacle of a very successful career.

‘As my eyes opened, every conversation I had seemed to eventually come around to the same dilemmas we are all facing – the stress of over-busyness, overworking, over-connecting on social media and under-connecting with ourselves and with one another. The space, the gaps, the pauses, the silence – those things that allow us to regenerate and recharge – had all but disappeared in my own life and in the lives of so many I knew.’

Every additional demand, every additional layer of bureaucracy and administration, every extra rung on the ladder of patient expectations, compresses those moments of renewal and nobody is better off for this. Not us, not our families and certainly not our patients. Sending 10 fewer emails or social media posts won’t kill you – but sending 10 more just might.

‘A poor life this if, full of care, We have no time to stand and stare.’