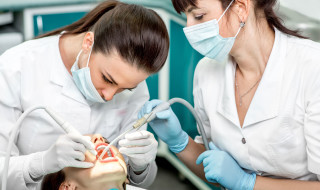 Could the Uber ruling set a precedent for associate dentists too, Michael Watson questions.

Last week two Uber drivers won a legal case at an employment tribunal, which ruled they were ‘workers’ who are entitled to the minimum wage and holiday pay.

The question has been asked whether this might set a precedent for associate dentists, who are classed as self-employed but could equally be considered as ‘workers’ with similar rights.

Before I go any further let me make three things clear:

The tribunal decision calls into question the business model that underpins many similar technology-based companies, which connect workers with customers without incurring the expense of employing the people themselves.

Judge Anthony Snelson, who led the three-person tribunal panel, was sharply critical of Uber’s claim that its drivers are self-employed.

‘The notion that Uber in London is a mosaic of 30,000 small businesses linked by a common “platform” is to our minds faintly ridiculous,’ he wrote in the ruling.

He said any organisation that resorted in ‘its documentation to fictions, twisted language and even brand new terminology, merits, we think, a degree of scepticism’.

The number of people who work for themselves in Britain has increased 45% since the turn of the millennium to 4.8m, or one-in-seven workers.

The Prime Minister, Theresa May, has ordered a review of workers’ rights, saying she wants to be ‘certain that employment regulation and practices are keeping pace with the changing world of work’.

The government is also cracking down on businesses that cut costs by using self-employed or agency workers to deny them employment rights.

Ms Ellison said employment status was determined by the ‘reality of the working relationship’ and individuals could not be ‘opted out’ of protections simply by being labelled ‘self-employed’.

So, what is the working relationship of associates with practice owners?

Before 2006 almost all dentists had their own contract with the NHS, what they earned depended on how much work they did, with the practice owner providing premises, equipment, staff and materials.

The associate was responsible for keeping to the regulations, maintaining their GDC registration and carrying out their own CPD.

All that made them self-employed and they were responsible for paying their own tax.

Since 2006 most of that still applies, except that over 80% of associates do not have a contract with the NHS, but with the contract holder, often the practice owner or corporate.

It is beginning to look as if they are becoming more like ‘workers’, rather than contractors, so will the HMRC change the way that it looks at dental associates as part of its review of self-employment status across the board?