The power of persuasion 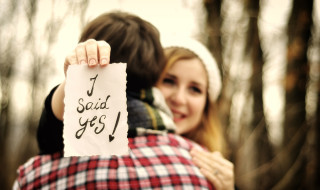 The power of persuasion

Do you give patients gifts or rewards? And do you know the difference? Dr Christopher Phelps explains how and when to use Cialdini’s Principle of Reciprocity to ethically influence patients to say yes

How many times have you seen ‘free teeth whitening with new patient appointment’ plastered across a colleague’s website or advertisement? Or how many of us have tried it? I hear consultants tell their dentists to run such giveaways to drive new patients to their practice all the time. So what is wrong with enticing people with a gift such as this to get them through the door? The problem is this: it isn’t a gift. It is a reward.

If you make an appointment you then get whitening. The whitening only comes after an action or behaviour by the patient – it is a reward for them doing something we want. A gift on the other hand is given without expectation of getting anything in return. Why split hairs? One reason is legal. In the state of Oregon in the US, for example you cannot reward patients for making referrals without facing legal trouble. Secondly, most don’t know rewards as opposed to gifts have very little influence over patient behaviour. In fact research from Dr Robert Cialdini and his team show that gifts have more influence over a patient than rewards.

Think of it this way: a new patient schedules an appointment and is rewarded with whitening. What is their motivation to come to your practice? Free whitening. If the reward is the motivation to seek care, why won’t they go down the road in six months for the same deal? Why would they come back to you? Instead, if after an initial appointment you said, ‘We are so glad you chose our practice, here is a gift (hand them a gift card for whitening) from us to say thank you, and if you happen to have anyone looking for a good dentist will you tell them about us?’

Do you see the difference? Which patient had a more powerful experience? Which patient is more likely to say yes when you ask them to schedule their next appointment or refer their friends and family to you? The patient who received the same free service, but instead of a reward for a behaviour, it was unexpected and freely given. How and why this works is best explained by Robert Cialdini and his research on the principles of persuasion.

The science behind persuasion

For over 60 years experts have been researching the factors that influence people to say yes to requests.

Out of that research has developed the science of persuasion. Imagine if there was a formula you could master that would increase the likelihood of people saying yes to your requests? More positive responses to treatment plans, scheduling appointments, even more to taking out the rubbish! Robert Cialdini has formulated six such triggers or mental shortcuts as universal guides to human behaviour that if are utilised can set the stage for you to achieve more yes responses. They are:

Tapping into just one of these six principles can help any doctor hear ‘yes’ more often. However, one of the principles I see dentists misusing most often is reciprocity. The free teeth whitening reward is a perfect example of its misapplication. In order to tap into Cialdini’s influence of reciprocity there are certain rules you need to follow. There is a formula that makes something you give a patient powerful.

The power of reciprocity

Cialdini defines the concept of reciprocity as the feeling, ‘I am obligated to give back to you the form of behaviour that you first give to me.’  Simply put, people say yes to those they owe. If a friend remembers your birthday and gives you a gift, are you not more likely to reciprocate and give them a gift on their birthday?

If a business colleague connects you with a great client, are you not more likely to say yes if they ask you for a similar connection? The feeling of indebtedness motivates reciprocating behaviour. In the context of social obligation, people are more likely to say yes to someone they owe.
In a study conducted in the restaurant industry it was found that the tip left by diners increased if the waiter left a small mint with the bill. Interestingly, the way the mint was given had an even greater impact on the tip. If one mint per diner was provided when the bill was given, tips increased by 3%. Most would think that doubling the mints would double the percent increase, but when the waiter left two mints per diner, tips quadrupled – increasing by 14%. Finally, if the waiter left one mint, turned to walk away, paused and came back and said: ‘For you nice people I want to give you another mint.’ Tips went through the roof, increasing by 23%. So, it is not so much what is given, but how and when it is given. Consider these rules of reciprocity:

This is why the patient who received the whitening unexpectedly is happy to refer their friends and family. They feel indebted to the dental team and the dental team was smart in how they gave the gift. It was significant, unexpected and given at the same time they then asked for the referral.

The most straightforward way my practice has harnessed the power of reciprocity comes down to the how and when we gift our new patients. Many practices I see offer tours when a patient visits them for the first time. The difference between those practices and mine is that I understand the science and that timing is everything. We all go through the same motions on these tours, typically giving the same type of gifts to these new patients. However, if you dig into the details of our processes, you’ll see that the timing of when and who gives your gift actually has very little influence effect on your patients.

Here is the typical practice tour and patient interaction I observe:

What do I like to call this type of Influence interaction? A missed opportunity. See, the practice is going about it all wrong. If you want to set the stage for more positive responses, you need to follow the five rules outlined above. Here is how we do it:

1.    New person arrives and is met by a team member
2.    Team member shows the patient the practice
3.    Team member introduces the patient to the hygienist or assistant
4.    At the end of the appointment, whoever is going to ask something of the patient, is the one who gives the gift. So if your hygienist will be asking to schedule their next appointment for themselves and/or with the dentist, then they are the ones who give the gift to the patient, saying something like, ‘We’re so glad you had a great visit with us today, this is just a little gift from us to thank you for coming in.’ They then wait for the patient to look over the gift items, maybe say thank you and THEN they ask: ‘Dr X wants to get you back in for that crown and I need to schedule you for your next cleaning, does this week or next week work better for your next appointment?’

This is the moment of power.
5.    The patient feels indebted to the hygienist in that moment where they receive a gift and are simultaneously asked to schedule an appointment. So what do they do to repay them? They say yes.
6.    The same applies if, at the end of their visit, the patient is handed off to the scheduling coordinator to make their next appointment. It’s then the scheduling coordinator who thanks the patient for coming in today and gives the unexpected gift. All the while following it with their request of scheduling their next appointment.

The tip of the persuasion iceberg

The office/new patient interaction is just a teeny-tiny tip of the power of persuasion iceberg. I have developed countless systems in my practice tapping into the six principles of persuasion. What has it done for me? I have been able to grow my new patient base from 60 per month to over 300 per month. I have taken my no shows from 13% to 3% and my two offices have grown by $1,000,000 each, two years in a row. It is that powerful. I am also the only dentist in the world certified to train others on Dr Cialdini’s power of persuasion and offer training sessions globally for those interested in practical ways to implement the six universal principals of persuasion.

As a thank you for reading, there is a visual on this page to help your team tap into the power of reciprocity during practice tours. All I ask in return is a visit to www.GuideThemToYes.com to check out the other power of persuasion opportunities available to you and your team.

Christopher Phelps is an entrepreneur and general dentist who owns multiple practices in the Charlotte, NC region in the USA. His passion for business and his flair for marketing and promotion showed through when he increased the revenue of his practices ten times in six years. Dr Phelps’ other passion is the Science of Persuasion and how to ethically use Robert Cialdini’s Principles of Influence to set the stage for his patients to say yes to  requests from him and his dental team website: www.guidethemtoyes.com

This article first appeared in Dental Economics. Reprinted with permission of PennWell Corporation