Who’s to blame for Bradford’s lack of access to an NHS dentist? 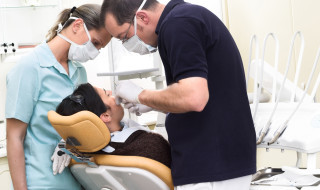 Who’s to blame for Bradford’s lack of access to an NHS dentist?

It is the responsibility of the profession to solve the issue over a lack of access to NHS dentistry in Bradford, Michael Watson says.

While the eyes of the profession were focused on Dental Showcase in London last week, there was a fierce debate at City Hall, Bradford, over problems local people were having accessing NHS dentistry.

This has been a hot topic in the area ever since January this year when local MP, Judith Cummins, challenged the then Prime Minister about the ‘lack of availability of NHS dentists in Bradford’.

In May she received an assurance from the then dentistry minister, Alistair Burt MP, that NHS England had a ‘plan’ to address the problem.

Yet nearly six months later a local Healthwatch report found that 43% of adults and 30% of children did not have an NHS dentist and that many had struggled to find one.

Committee members were told that no dental practice in the district was currently listed on the website NHS Choices as being able to take on adult NHS patients.

Neil Coulter, a senior primary care manager for NHS England said: ‘If a practice does advertise on NHS Choices that they have access, they are very often overwhelmed.’

It appears that the ‘plan’ to run a pilot project to tackle the issue in the area, had been dropped.

As a spokesman for the Local Dental Network remarked: ‘It looks like this problem is being kicked into some very long grass.’

Bradford is not alone; there are reports of difficulties in accessing NHS dentistry across England and many children needing extractions have never previously seen a dentist.

Passing of the parcel

What is to be done?

I find it depressing that all that was reported was passing of the parcel, with no one taking any responsibility.

Blame the contract, blame the government seems to be the mantra.

The fact that stands out to me is that no practices there are taking on new patients.

The GDS regulations say quite clearly that dentists can ‘only refuse to provide services’ to someone if they have ‘reasonable grounds’ for doing so and these should not include their ‘dental condition’ amongst other things.

The default position is to accept new patients, not just see those who have been seen at the practice before.

This puts the ball firmly back in the court of the profession locally.

The Local Dental Network needs to work closely with commissioners in the Area Team to make sure that practices start to open their doors again and not wait for a change in contract.