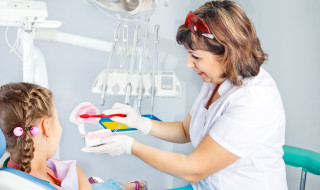 Child tooth decay needs to be tackled in schools, rather than waiting for a visit to the dental practice, Michael Watson says.

There can be little doubt what the main dental story has been this year, the state of children’s oral health.

In 2014/15 over 26,000 children aged between five and nine were admitted to hospital for dental extractions because of caries and, as every member of the dental team knows, this is an almost entirely preventable disease.

At the start of the year the problem was raised in a House of Commons debate by dentist, Sir Paul Beresford MP, and also in the Health Committee.

In May the then minister, Alistair Burt MP, told the BDA Conference: ‘The number of children going to hospital for dental extractions in a national scandal’.

The profession was encouraged when, in his budget, George Osborne announced that there would be a sugar tax, but felt let down when the new government’s childhood obesity strategy made no mention of dentistry and contained little to discourage sugar consumption.

Throughout the year the British Society of Paediatric Dentistry (BSPD) has spearheaded the drive to improve the oral health of children.

Last month the Children’s Oral Health Improvement Programme Board was launched, chaired by Jenny Godson and supported by the BSPD, BDA and the Institute of Health Visiting.

BSPD welcomed the board, saying its programme of work was greatly needed and long overdue.

Likewise the BDA said it hoped that its launch ‘will bring us a step closer to establishing a national prevention plan to end the scandal of tooth decay that blights the lives of around a quarter of five-year-olds in England.’

The new board’s ambition is that ‘every child grows up free from tooth decay as part of every child having the best start in life’; it aims to keep child oral health on everyone’s agenda.

In his 2009 review of NHS dental services, professor Jimmy Steele said that the top priority for oral health was a ‘strong co-ordinated public health system’.

With these thoughts in mind, I read the annual report from Teeth Team, which is based in Hull but has been expanding into other areas.

Its programme, which has now been running for five years, aims to reduce the inequalities in oral health among children, by facilitating a supervised daily tooth brushing programme in schools, with the addition of annual dental assessments and bi-annual applications of fluoride varnish.

Teeth Team reports that for many of the children in the programme, the only time they do actually brush their teeth is when they are at school; often tooth brushing does not take place in the home environment or at any other time.

With facts like this it is not surprising that child oral health is such a problem, but they are not the ones who attend their dental practice for regular checks.

Teeth Team does not wait until these children turn up often needing multiple extractions, it goes out to see them in their schools.

And it seems to be working, in just two years Teeth Team has seen a reduction in the number of paediatric GAs for exodontia in local children by 19.8%.

Teeth Team is expanding beyond the borders of Hull and other schemes are starting across the country.

This is surely part of the way to move forward, rather than sitting back, hoping a solution will eventually be found.