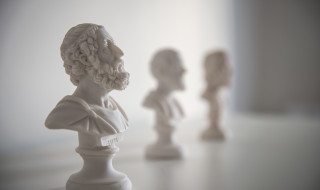 Kevin Lewis highlights the different levels of scrutiny healthcare workers are held to, compared with managers and regulators.

We are going a bit upmarket for the duration of this column. My starting point is none other than Homer – and I can sense that you are impressed already. Lovers of classical poetry and literature will already be putting aside the BDJ and anticipating some jewels of 10th century BC wisdom from the celebrated Greek poet, Homer. And you will not be disappointed.

Homer is recorded as saying that it takes two to lie – one to lie and one to listen.

In case you are struggling to remember your (very) ancient Greek, I should explain that I am referring to Homer Simpson, of The Simpsons. It is 15 years since the Oxford English Dictionary first included the word ‘doh’ – or more correctly, ‘D’oh’ with the attributed meaning: ‘Expressing frustration at the realisation that things have turned out badly or not as planned, or that one has just said or done something foolish. Also (usu. mildly derogatory) implying that another person has said or done something foolish (Duh),’

The recent juxtaposition of two spectacular examples of modern day foolishness left me almost speechless, and only Homer could provide the necessary vocabulary and insight to describe the situations and the extraordinary commentary they provided on modern healthcare.

Enter stage left – or more accurately, into arrivals at Heathrow – Nurse Pauline Cafferkey. The Nursing and Midwifery Council (NMC) apparently decided that shooting itself in one foot was simply insufficient and as a result, Pauline Cafferkey had to fight for her professional life through a fitness to practise investigation after having fought for her life on two earlier occasions when infected by the ebola virus.

The allegation was not that she had chosen to place herself in harm’s way by volunteering to help in a Save the Children clinic near Freetown, Sierra Leone during the ebola crisis in West Africa when so many others were running in the opposite direction. It was that she had acted dishonestly and placed the public at risk by concealing her pyrexic status on her return to England, en route back to her Scotland home, after surviving ebola’s first deadly onslaught.

She was lucky to be alive and not surprisingly her sense of well being was heightened. But the evidence from her and many other health workers who passed back through Heathrow at the same time suggests a shambolic lack of preparedness for the numbers of returning health workers that needed to be screened. With insufficient staff, facilities and equipment available, returning doctors and nurses were told to take each others’ temperatures in breach of Public Health England (PHE) guidelines and the overwhelmed reception and screening centre at Heathrow was described as hot, ill-equipped, busy, disorganised and chaotic.

Nurse Cafferkey’s ire and resentment is shared between PHE (the agency that had reported its concerns about her actions to the NMC) and the NMC itself. After the ordeal of 18 months leading up to the hearing, and the hearing itself, her statement recalled: ‘There were so many system errors. A complete catalogue of them from start to finish – nothing to do with any of us. I’ve no idea if any of the PHE workers faced an internal investigation but I hope they did because they deserve to.’

Expressing her regret that the colleagues who recorded her raised temperature are also facing regulatory investigations, she added: ‘We have all been hung out to dry to cover up the failings of PHE.’

Exit stage right (but only after a huge amount of media pressure), the former CEO of Southern Health NHS Trust, Katrina Percy. You may recall that the trust and its CEO had been widely discredited after a report commissioned by NHS England and published in December 2015, discovered that only 272 of the 722 deaths that had occurred in the trust over the previous four years had been properly investigated – and those that were looked into had revealed a badly and repeatedly failing environment. A finding of neglect at a 2013 inquest, a ‘failure of leadership’ and governance and a CQC warning notice in 2014-2016, questionable awards of highly lucrative contracts to acquaintances of the CEO without a formal bidding/tendering process…so much for the NHS mantra of learning from mistakes.

Also exiting stage right in Katrina Percy’s slipstream – but with equal reluctance – went the Trust‘s chairman, Tim Smart, who was turned inside out good and proper in a squirmingly embarrassing televised interview. Shifting his weight from one buttock to the other like a colonically troubled tennis player receiving serve at Wimbledon, he eventually conceded that an entirely new post had indeed been created for the widely-criticised former CEO at an annual salary of a modest £240k. The post had not been externally (or internally) advertised and indeed Katrina Percy was not just the only applicant – she was also the only person, apart from himself, who knew that the job was being created for her. The trust chairman tried to avoid this question firstly by maintaining a studied silence and then (thinking better of this approach) by saying that she was ‘uniquely qualified’ for the post, which is why nobody else could do it. There are moments in life when you can find yourself with the wrong surname for the situation, but alas it was too late for Mr Smart to change his name by Deed Poll. Although he must surely be weighing up his options in that regard now that he is such a star of stage and screen. And Youtube.

I fear that healthcare is moving into very dangerous territory where registered healthcare professionals face a level of public scrutiny that their managers and regulators do not feel they should be subjected to themselves – and which they deeply resent and bristle against.

The NMC was entitled to point out that it was ‘just doing its job’, but so was Pauline Cafferkey. If only PHE had been doing its job. The ‘how very dare you’ reaction of the NMC CEO when asked to apologise for its excessive zeal in investigating Pauline Cafferkey and her colleagues, and the indignant irritation of the Southern Health CEO and chair said it all. Doh.