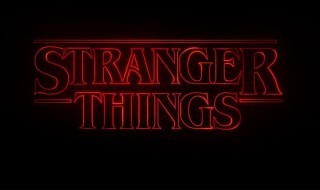 Gaten Matarazzo, one of the stars of the Netflix series, Stranger Things, is raising awareness of the condition cleidocranial dysplasia.

The 14-year-old actor, who plays Dustin in the hit series, is a sufferer of the congenital disorder, which can affect tooth and skeletal development.

‘There’s a one in a million chance that you have of getting it – most likely you get it from a parent, but it just happened for me’, Gaten told People magazine.

‘I have a very mild case so it doesn’t affect me as much, but it can be a very difficult condition to have.’

Cleidocranial dysplasia is a genetic condition that affects the skeletal system.

Dental defects include hyperdontia – in some cases as many as 13 extra teeth have been observed.

The success of Stranger Things has propelled Gaten into the limelight, giving him the opportunity to bring attention to the condition.

‘The feedback has been great’, says Gaten.

‘A lot of people were messaging me saying, “You made me feel better about myself, that you can show that you have this condition on TV and embrace it.”

‘I feel like I’m raising awareness for it. It makes me feel good.’

1590d
|
Celebrity News
Dentistry Online uses cookies to give the best experience. If you continue to use our site, we will assume that you agree to the use of such cookies. Read More.
Accept