There should be no more part-funded NHS treatments 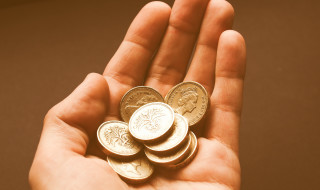 There should be no more part-funded NHS treatments

It is time for the NHS to list what is available on the NHS, and what will be privately funded, getting rid of part-funded treatments, Michael Watson says.

When the facts change, I change my mind. What do you do, sir?

This quotation, often wrongly attributed to the great economist, John Maynard Keynes (although he said something similar), came to mind when I saw the facts behind the BDA headline that NHS charges were ‘driving patients’ to GPs with their toothache.

But that wasn’t the story.

As I said in my blog last week it could have been written any time in the last 30 years.

Some patients will always choose a doctor who will write a prescription for a modest charge, over a dentist who will do unpleasant things in their mouth and charge them more.

The two statistics that made me sit up and take notice were that government spending on NHS dentistry in England had fallen by £170 million since 2010 and that patient charges, as a percentage of total spending, had risen from 18.6% in 2006 to 26.1% in 2015.

Moreover these trends show no sign of reversing, if anything they are getting worse.

It follows over 60 years when spending on NHS dentistry was ring fenced, when it might not go up as much as we wanted, but broadly speaking it didn’t go down.

The NHS dentistry budget is increasingly seen by local finance directors as a pot of money they can raid to make good deficits elsewhere.

Across the NHS, not just in dentistry, people are asking what the NHS should provide and what should be left to the private sector.

The time is well overdue for a definition of which treatments are available free and which have to be paid for privately, with no more part-funded by NHS and part-funded by patient.

The money the NHS saves from not having to part fund treatment for those who can afford privately should be re-directed towards the care of children and other vulnerable members of the population.

That is how I have changed my mind about the private/NHS mix in dentistry.