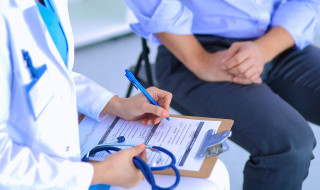 NHS dental charges are driving patients to visit GPs rather than dentists, new analysis from the British Dental Association (BDA) has found.

The association also warned that dental charges could overtake government funding as the principle source of revenue for NHS dentistry.

The BDA has termed NHS charges – which were first introduced in 1951 in an effort to decrease demand for NHS dental services – as a ‘tax on health’ that disguise cuts in the service and only serve to discourage patients most in need of care.

‘Ministers insist the NHS will remain free at the point of use, but keep ramping up England’s dental charges’, commented Henrik Overgaard-Nielsen, chair of the BDA’s General Dental Practice Committee.

‘Increasingly they look like a tax on health, a substitute for adequate government investment which drives down demand from the patients who need us most.

‘These increases aren’t putting an extra penny into the service, they are just a winning formula for cuts by stealth.’

According to official statistics, almost one in five patients have delayed treatment due to cost.

Additionally, over 11,000 patients a week are choosing to visit their GP for dental complaints where they are not subjected to charges, according to recent academic studies.

GPs are unequipped to provide dental treatment, and the BDA estimates that these extra GP appointments cost the NHS over £26 million a year.

Dental charges in England rose by 5% in 2016, and are set to rise by a further 5% in 2017, alongside further falls in state funding for NHS dentistry.

The BDA estimates a continuation of the 5% uplift in in patient charge income, alongside a 1% annual increase in the gross budget, which is comprised of both patient charges and direct government spending.

Unless ministers change course, patients will be contributing a third of England’s NHS dental budget through charges within the next four years – and are on course to exceed government spending by 2032, according to BDA predictions.

Moreover, direct government investment in the service in England has fallen by £170 million since 2010, while the gross budget has been topped up by inflated patient charges,says the BDA.

‘We’re told our patients should make a “contribution” toward the cost of NHS dentistry’, continued Henrik Overgaard-Nielsen.

‘Well unless ministers change course, our patients will end up paying more into the service than the state within a generation.

‘The term “NHS dentistry” ceases to have much meaning if patients are expected to pay the lion’s share of their treatment costs at the point of delivery.

‘Already these inflated charges are pushing those who can’t pay towards overstretched GPs, who aren’t equipped to treat them.

‘Our patients need an adequately funded service, and they deserve some honest answers on how that service will be paid for.’

The BDA said it will send information posters to over 8,000 NHS dentists across England to help canvas feedback from patients on the future of the charge.