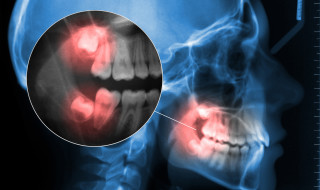 An article in today’s Times co-written by its health editor, Chris Smyth and Dentistry columnist, Neel Kothari, says that hundreds of thousands of GP appointments are being taken by patients with toothache as they try to avoid rising fees for NHS dentists.

It estimates that 600,000 appointments a year are made by patients seeking dental care costing the NHS more than £26 million a year.

With the greatest respect to the newspaper, this will not be news to most in either profession.

Not just the cost

Personally I believe that the reasons for going to a GP rather than a dentist are not just the cost involved.

Patients will often tell their doctor that they cannot get an appointment with a dentist, especially as they are not ‘registered’ with one.

The answer, especially if they are nervous about dental treatment probably has as much to do with the fact that a prescription for antibiotics from the GP is less stressful than have a dentist poke around in their mouth with sharp instruments.

The article says that ‘the rising fees mean that patients cover 26% of the cost of NHS dentistry.’

That is true if you take total revenue from charges as a proportion of total GDS spending.

However for the last thirty years, those who pay charges have been contributing at least 75% of the cost of their individual treatment.

When I joined the BDA 25 years ago patients paid 80% of the NHS fee.

This was bad enough for the patient when we had payment per item.

But when in 2006 we moved over to payment per course of treatment (the UDA), the expense for patients rocketed.

As the article points out next year the charge for a Band 3 course of treatment, which may consist in little more than a single crown, will rise to £245.40.

In Scotland the same treatment would cost half that.

‘Not be allowed to continue’

As Nigel Carter, chief executive of the Oral Health Foundation, told The Times: ‘This simply must not be allowed to continue.’

In Band 2 and Band 3 courses of treatment the NHS contribution covers little more than a Band 1 or 1a course of treatment.

The answer seems obvious to me. The NHS should pay for the examination, emergency care and treatment for those such as children who are exempt.

The patient then pays the costs of any treatment they need outside the NHS.

This year NHS charges reach the age of 65, isn’t it time they were pensioned off?