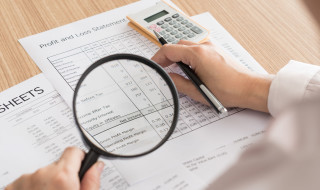 The National Audit Office should investigate the General Dental Council’s hefty legal and PR bills, the government has been told.

Labour called for Parliament’s watchdog to step in after the regulator was criticised for high spending during a recent whistleblowing enquiry and grilling by a committee of MPs.

The British Dental Association revealed that the GDC paid out more half a million pounds on legal costs and staffing changes during the enquiry, which followed claims about working practices.

Meanwhile, a Freedom of Information request also uncovered a £250,000 bill to leading international public relations firms for a range of services.

They included preparing Bill Moyes, the GDC’s chairman, and former chief executive and registrar Evlynne Gilvarry, for their appearances in front of the Health Select Committee in March 2015.

The spending prompted fierce criticism from the BDA, whose chairman Mick Armstrong accused the GDC of ‘business as usual’, despite promises of reform.

Mr Armstrong said, in April: ‘Bill Moyes has again demonstrated he would rather spend registrants’ fees on firefighting than acknowledge any error on his part.

‘This half-million-pound price tag for avoidable legal costs and tokenistic staffing changes is particularly galling and flies in the face of stated commitments to openness and transparency.’

The call for an inquiry by the National Audit Office came from Lord Hunt of Kings Heath, Labour’s health spokesman in the Lords – a long-time critic of the GDC.

Tabling Parliamentary questions, Lord Hunt asked what action would be taken by the Department of Health about the level of spending on ‘external legal advice, redundancy payments and related external PR services’.

And he inquired ‘whether they will ask the National Audit Office to carry out a value-for-money examination of GDC’s financial management’.

Previously, Lord Hunt called for the entire board of the GDC to resign after critical reports from the Professional Standards Authority – attacking its ‘culture of utter complacency’.

However, in reply to his questions, Health Minister Lord Prior of Brompton argued it was sufficient for the GDC’s accounts to be certified by the Controller and Auditor General.

He added: ‘These accounts would cover all expenditure including that during the PSA investigation.

‘The Department has no plans to ask the National Audit Office to carry out a value for money examination of the GDC’s financial management.’

Earlier this year, Mr Moyes described Lord Hunt as ‘badly briefed’ in not recognising that the GDC had changed since the PSA’s criticisms and was ‘visibly improving’.