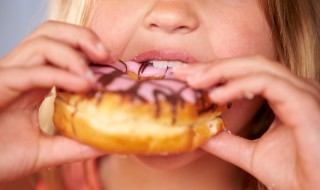 Leading dental associations, charities and organisations have united to voice their disappointment over the government’s Childhood obesity: a plan for action strategy, which was launched earlier this week (18 August).

Concerns have been raised that the government’s 13-page strategy has ignored recommendations to curb price promotions and tighten advertising restrictions for high sugar products, and watered down the call for mandatory reformulation into a voluntary programme.

The Oral Health Foundation has described it as an ‘absolute disaster’, warning that it will lead to another lost generation of children experiencing entirely unnecessary oral health problems.

Dr Nigel Carter OBE, CEO of the Oral Health Foundation said: ‘The childhood obesity strategy is a disaster. Despite the strategy being focused on tackling obesity, the knock-on effect it would have had on oral health was enormous and what we have seen today spells bad news for generations of our children.

‘We are incredibly disappointed but, sadly, not surprised by this move. The government continues to ignore the children’s oral health crisis… in the UK and is putting the wellbeing of millions of people at risk by bowing to pressure from the food and drink industry.

‘We will continue to lobby the government for more decisive action and apply pressure on the food and drink industry until a telling change is made.’

The disappointment was shared by the British Society of Dental Hygiene and Therapy (BSDHT), which labelled the strategy a substantial backwards step in addressing the children’s oral health crisis in the UK.

Michaela ONeill, president of the BSDHT, said: ‘As dental professionals we see first-hand the devastating effect that too much sugar has on our children’s oral health. It is heartbreaking to see so many of them suffering unnecessarily.

‘This was an opportunity for the government to make a real difference and we are incredibly disappointed to have to take a huge leap backwards in the fight against preventable oral health problems.’

Representatives from the patient payment plan provider Denplan agreed with this sentiment.

‘The strategy shows small steps in the right direction but is ultimately being widely slammed by campaigners as being “weak” and “watered down”,’ said Henry Clover, Denplan’s chief dental officer.

‘Not only does it omit the desired restriction on junk food advertising and multibuy promotions, it was also hugely disappointing to see that childhood tooth decay was only referenced once in the entire report. Although the strategy focuses on obesity, the knock-on effects of implementing tougher sugar restrictions on manufacturers and retailers could only have been positive for our children’s dental health too. It’s fair to say that the long-anticipated strategy was expected to be a lot more robust.’

Claire Stevens, BSPD spokesperson and a consultant in paediatric dentistry, said: ‘Any government policy which addresses sugar consumption has the potential to impact on oral health. We are very disappointed that this strategy does not go further to reduce sugar content in food. There is no hope that it will make a substantial difference to the number of children requiring general anaesthetics for multiple extractions.

‘With last year’s publication of Sugar reduction: the evidence for action and the announcement of the sugar levy earlier this year, the scene had been set for a radical approach. But the childhood obesity strategy appears to be greatly watered down.

‘Earlier this year, BSPD called for strong and decisive leadership to address inequalities in oral health once and for all. We are still waiting.’

The Faculty of General Dental Practice (FGDP(UK)) and the Faculty of Dental Surgery welcomed confirmation of the tax on sugary drinks, but added their disappointment that the action plan otherwise ignores oral health and fails to deliver Public Health England’s other recommendations to reduce the nation’s sugar intake.

The sugar levy, announced earlier this year, will impose a tiered tax on sugary soft drinks other than fruit juices and milk. However, this was only one of eight recommendations made by Public Health England in response to the Scientific Advisory Committee on Nutrition’s guidance that sugar should be reduced to 5% of energy intake.

Dean of the FGDP(UK) Dr Mick Horton said: ‘Eating and drinking too much sugar can cause tooth decay, obesity, type-2 diabetes, heart disease, strokes and even cancer, yet as a nation we consume a third more than we did 25 years ago and almost three times the recommended amount. A single can of cola contains more than a child’s reference intake of sugar for an entire day, so is it any surprise that two in 10 children in England are obese by the time they leave primary school, or that tooth extraction is the primary reason why children are admitted to hospital?’

Professor Nigel Hunt, dean of the Faculty of Dental Surgery, added: ‘We have continually drawn attention to the impact sugar has on children’s oral health. While we welcome the proposed sugar tax as a big step forward, although the revenue it raises could be used to fund more oral health programmes, the lack of ambition outlined in this government document leaves a sour taste in the mouth of dentists who have fought hard for tougher measures.

‘The average five-year-old child eats their own weight in sugar each year so it is crystal clear that much more needs to be done. We will continue to push new ministers hard on further action to protect the nation’s oral health.’

According to the Obesity Health Alliance – a coalition of 33 charities, medical royal colleges and campaign groups – ‘the government has fallen far short of what is needed and is failing to take the necessary measures to tackle childhood obesity’.

It has voiced its dismay that key measures to make a tangible difference to children’s health in Britain ‘have been significantly watered down or removed entirely’ from the strategy.

The most glaring omissions include a blanket ban on junk food advertising during family TV shows and a ban on firms using cartoon characters in advertising. The strategy has also excluded an expected clampdown on multi-buy promotions for unhealthy food in supermarkets.

Mick Armstrong, chair of the BDA said: ‘It will take more than half-measures to deal with the sugar crisis. A sugar levy is one thing, but watering down action on junk food advertising and two-for-one deals sends entirely the wrong signal to business, parents and health professionals. ‘The Health Secretary cannot afford to take a relaxed attitude to sugar. Children in his constituency might enjoy the lowest rates of obesity and tooth decay in England, but we think all children deserve the best start in life.

‘We require a real strategy from government, one that is willing to address the huge, costly and preventable health inequalities Britain now faces. This isn’t rocket science, but we need Ministers to take a lead.’

BSDHT president Michaela ONeill added: ‘Hundreds of health bodies have campaigned vigorously for the government to ban junk food adverts on TV before the 9pm watershed as a fundamental measure to help reduce the nation’s sugar intake.

‘Along with banning firms using child-friendly cartoon characters in advertising and a ban on multi-buy promotions in supermarkets it would have given people in the UK the best possible chance of a healthy life and reduce the amount of sugar we consume.’

Dr Mick Horton said: ‘While we’re pleased to see the commitment to the sugar levy, in not restricting advertising and price promotions, nor investing in providing dietary and preventative oral health advice, the government has missed a golden opportunity to empower the public to make healthier choices and tackle the rise in avoidable dental extractions.’