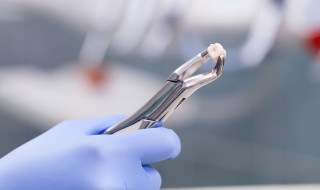 NHS dentists have been accused of extracting teeth unnecessarily because it is more lucrative than saving them.

That’s according to an investigation by The Times, which points to the huge amount of UDAs some dentists claim in order to ‘earn almost £500,000 a year’.

Dentistry.co.uk reported on the rise in the number of dental professionals performing ‘too many’ UDAs last week, however The Times has chosen to take a different angle claiming dentists were extracting teeth to avoid offering complex treatment, for which they are paid the same by the health service.

No time for ‘name calling’

‘Some out there would like to say this profession puts “profit before patients”,’ Mick Armstrong, chair of the BDA, said.

‘We know the reality – that we have a failed NHS contract system that puts government targets above all else.

‘The facts are the overwhelming majority of dentists want change.

‘We know that over 90% of dentists believe that chasing government targets is limiting their ability to care for patients who require complex treatment.

‘That 83% say the system is holding them back from preventive work.

‘That for seven in 10 dentists it’s standing in the way of taking on new NHS patients.

‘Dentists have had to contend with a fair share of hysterical headlines.

‘We don’t have time for name calling.

‘Our focus is firmly on securing what’s best for our patients – a contract that really delivers on prevention, which makes a decisive break from tick boxes and targets.

‘The real risk is that the government remains unwilling to turn the page on the UDA, and despite the need for change, will deliver another, watered-down version of this failed contract.

‘We’ve already made sure our new Minister knows what dentists think, and we won’t be letting up anytime soon.’