Was I imagining it? 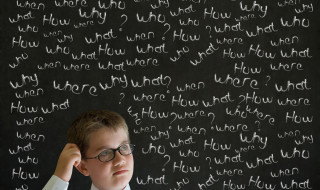 Was I imagining it?

With all the political reshuffling going on and a vote for Brexit, Kevin Lewis tries to make sense of it all.

The phrase ‘a week is a long time in politics’ is generally attributed to the former Prime Minister Harold  Wilson. Along with the rest of his party colleagues he had waited through 13 long years of successive Conservative governments before he eventually secured the narrowest of Labour majorities in 1964 (just four) and began the first of his two terms as PM spanning a period of about 16 years (about half spent in Downing Street and half in opposition). He actually fought five general elections as Labour leader and won four of them – sounds impressive, but three of these victories accumulated (in total) a majority of seven, which is cutting it a bit fine by any standards. It is also why we kept having to go back to the ballot box.

Harold really should have been around Westminster in the last five or six weeks, into which the political shocks and upheavals of three lifetimes have been packed. It is only the instantaneous nature of news coverage and its dissemination that had made it possible to keep up.

The rumours of Jeremy Hunt’s displacement from his position as Secretary of State for Health, grew, abounded, reached fever pitch and then abated. With political carnage all around him, our Jeremy picked himself up, dusted himself down and prepared to start all over again. But one senses that he was genuinely not wholly confident that he would feature on the survivors’ list because he had discreetly removed his trademark blue NHS lapel badge in readiness for his short walk to Downing Street to meet with the incoming PM to learn of his fate. But he had retrieved it from his pocket and pinned it back in pole position on his jacket by the time he emerged to greet the awaiting TV cameras. Now that’s what I call planning.

Day-to-day responsibility for dentistry itself generally falls a little lower down the political feeding chain but since the May 2015 election up to the recent reshuffle, had been shared across three ministers. Most of dentistry fell within the many aspects of the role of Alistair Burt MP as Minister of State for Community and Social Care at the Department of Health (DH). The whole of primary care nestled within this sizeable in-tray, so one can imagine how much focus dentistry gets – especially when there is no headline-hitting access crisis or other embarrassing issue on the radar.

Two other ministers (Jane Ellison and Ben Gummer) had covered off public health and healthcare regulation respectively and in fairness all three had pretty good visibility, engagement and presence on matters relating to dentistry and the dental profession. But in the blink of an eye, all three of them have left the DH.

So much for continuity. At first sight, with just two incoming ministers to the DH announced at the time of writing, it seems that oversight of dentistry will get even further stretched. There are some weighty issues that are gathering pace, so there is no time to waste in getting the new ministers and ministerial briefs sorted and bringing them up to speed. The whole point of having civil servants (and plenty of them) is to ensure that change at the top need not provide a convenient excuse for delay and/or inaction on the nuts and bolts.

All this is true, and rightly gets our focus and attention – but we can also delude ourselves as to how much this really matters. One day another new NHS GDP contract will emerge, but that day is not imminent. It has become a classic moveable feast, but without the food and drink and no sign of knives and forks or any other tools for the job. Until they arrive there is nothing much we can meaningfully discuss because, as we have already seen, the menu and the recipe are both prone to change. All the BDA can do, realistically, is to try to influence that change and stay close to the action.

Much more relevant in the short term is what is happening elsewhere. For most GDPs and practice owners, more pressing issues are what will happen to interest rates and the cost of equipment and materials, what is happening to consumer confidence, job prospects and the value of the pound in patients’ pockets? Flowing from this, what are the prospects for wage inflation? In these respects UK dentistry has more in common with thousands of other small businesses than with secondary medical care, but one sees little mention in dentistry of who will replace the outspoken and forceful Anna Soubry, who despite being a Teresa May supporter, still chose to resign as the Minister for Small Business, Industry and Enterprise. ‘That’s politics’ she tweeted, and indeed it is. But seeing the recent events unfold in Turkey and elsewhere, one comes to appreciate the value of a functioning democracy where astonishing things can happen without a drop of blood being spilt. Just as we recovered in the 1960s and early 70s from a hung parliament, two single-figure government majorities and a minority government, we will recover from Brexit and its unintended consequences.

There will be brickbats being hurled and likewise, plenty of toys leaving the pram. In 1969 a small boy threw a ‘stink bomb’ at Harold Wilson, hitting him in the eye. Wilson’s admirable response in those days of innocence was, ‘With an arm like that he ought to be in the English cricket XI’. Perhaps he is.