Olympians urged to take care of their winning smiles 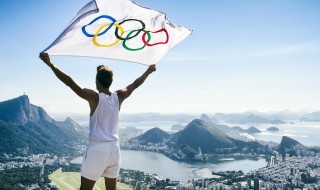 Olympians urged to take care of their winning smiles

The global spectacle that is the Olympic Games has started in Rio de Janeiro, with the world’s elite athletes descending on Brazil to showcase amazing feats of strength, endurance and speed, but one thing they may not be showcasing is spectacular oral health.

A report by a team of dental researchers has found that sports people are at a significantly higher risk of tooth erosion than non-athletes (Frese et al, 2015).

The researchers found that athletes who engaged in more weekly training had more cavities than those who trained less. The study, which focused on triathletes, found their high carbohydrate consumption, including sports drinks, gels, and bars during training, lowers the mouth’s pH below 5.5, which means there is more acid in the mouth and a higher risk of tooth decay and dental erosion.

The Oral Health Foundation is urging Olympians to take extra care of their winning smiles as they go for gold this summer. Speaking ahead of the opening ceremony, Dr Nigel Carter, CEO of the Oral Health Foundation, said: ‘Top athletes are putting their oral health at risk though their training regime and we are urging them to make sure they make time to look after their oral health so they can showcase their smile on a global scale.

‘Following the London 2012 Olympics, research published in the British Journal of Sports Medicine (2013) discovered that more than half (55%) of the athletes had tooth decay. It also revealed more than three in four athletes had gingivitis, which is an early stage of gum disease, and 15% had signs of periodontitis, which is an irreversible gum infection.

‘This is significant number of people and as Olympians are held up as role models by children across the globe they should make sure they look after their oral health. At the very least, they should be brushing for two minutes twice a day with a fluoride toothpaste, visiting their dentist regularly and trying to limit the amount of sugary foods and drinks they consume and if this is not possible drinks plenty of water and chew sugar-free chewing gum to reduce the sugars impact on the teeth.’

Olympians require plenty of sugary and energy drinks across a prolonged period of time to get them through their respective sports. However, by consuming too many sports and energy drinks, athletes are at risk of dental erosion.

This is the loss of tooth enamel caused by acid attacks, a process that can be triggered by consuming fizzy drinks too often. Enamel is the hard, protective coating of the tooth, and if it is worn away, the dentine underneath becomes exposed and teeth can look discoloured and become sensitive.

Tooth decay happens when sugar reacts with the bacteria in plaque. Sugars from fizzy energy drinks stimulate the formation of acids that attack the teeth and destroy the enamel. Tooth decay causes cavities and results in the need for fillings, and can also result in tooth loss.

Dr Carter continues: ‘If everyday people taking part in sport, including children, are looking to copy their Olympic hero’s habits, it is important to limit the amount of times they have anything acidic or sugary. Using a straw to help drinks go to the back of the mouth will help limit the amount of time a fizzy drink will be in contact with teeth.

‘If the use of energy drinks, particularly amongst children, continues to rise, dental health problems will develop and persist well into adulthood.’