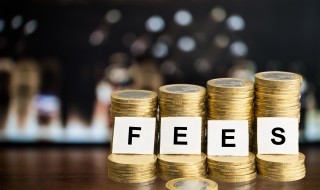 The GDC’s reserves reached £16,869,000 by the end of 2015, equal to 4.5 months operating costs, according to its latest financial figures Dentistry.co.uk has obtained.

At the start of the year Dentistry.co.uk interviewed Evlynne Gilvarry, past chief executive and registrar at the GDC, who said the regulator has a policy of maintaining four to six months operating expenditure in its reserves, before pointing out it was down to two months in 2014 causing the increase in the annual retention fee (ARF).

When asked about the likelihood of the ARF coming down, Evlynne Gilvarry said ‘absolutely’, before saying: ‘If there’s a possibility for bringing it (ARF) down, it’s our responsibility to bring it down.’

However, when asked on the possibility, Ian Brack, chief executive of the General Dental Council (GDC), said: ‘The GDC is working hard to become a high performing, cost-effective and transparent organisation.’

‘Our general reserves are currently equivalent to about two and a half months’ worth of operating costs.

‘It would be imprudent to reduce the ARF in the current circumstances.

‘This improved model was not available at the time of the interview with the former chief executive and registrar but it has highlighted that we are likely to face resource pressures in the latter half of the year, as we recently indicated.

‘We are investing in improvement, particularly in fitness to practise (FtP).’

The GDC increased the ARF by 55% for dentists to £890 in 2015 after a ‘significant increase’ in fitness to practise investigations.

The British Dental Association (BDA) called for a judicial review of the GDC’s consultation into the increase in fees and despite the judge slamming the conduct of the GDC during its consultation the ARF remained at £890.

Editor of Dentistry magazine, Julian English, has now called for a reduction in the ARF by at least 20% this year, bringing it closer to the General Medical Council’s fees of £420, despite the GDC publishing its forecasted budget for 2016.

‘Having scrutinised the accounts for the General Dental Council I believe a reduction in the annual retention fee is possible,’ he said.

‘Its reserves increased by 4.3m to almost £17m, which equals 4.5 months of operating costs.

‘The GDC’s plan was to bring in house some expenses thereby saving £2m in costs.

‘One does not need a degree in mathematics to work out that ceteris paribus, the GDC could drop its fees even without an increase in the reserve.

‘These figures are what the profession wants.

‘Here are my estimates of how the GDC’s books should balance up:’

The main expenditure for the dental regulator throughout 2015 was staff costs, reaching £18,537,000.

‘If the GDC did manage to implement changes in 2016 and save £2m in legal fees, it can afford to do the right thing and reduce the annual retention fee by 20% (£741 for dentists and £99 for DCPs),’ Julian continued.

‘The accounts of the GDC made interesting reading.

‘Clearly there have been serious attempts at balancing the books, which one expects, but the staff costs of £18.5m a year was a shock, as were the council and committee meetings at close to £10m.

‘The profit and loss reads like that of a failing premiership football club.’

In response, Ian Brack said: ‘The cost of meetings in our accounts does not just relate to council and committee meetings – it would be poor value if it did.

‘The bulk of that figure constitutes the costs associated with running FtP hearings, including expenses for associates.

‘We know that FtP is expensive and that it can be a stressful process for registrants, which is why we are looking at ways to reduce the number of cases, thus reducing the stress to registrants and witnesses – but also our costs.

‘We’ve been looking carefully at the way we do things and we have concluded that the way dental regulation is currently carried out – by all involved – is not fit for the future.

‘While we are working hard to find efficiencies within the GDC and its processes, we are committed to working collaboratively to rethink the model of regulation.’