Dental contract, described as ‘high priority’, to be introduced in 2018 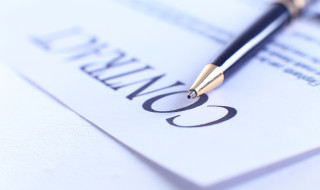 Dental contract, described as ‘high priority’, to be introduced in 2018

A Health Minister has insisted the new dental contract is a ‘very high government priority’ – despite the long delay in its introduction.

Lord Prior of Brampton confirmed suggestions that the new target delivery date is 2018, which would mean the contract is three years’ late when it finally appears.

However, the minister left himself some wriggle room, saying: ‘I believe that we expect the new contract to be introduced fully in 2018.’

The comments – the first time the government has told Parliament that 2018 is the target date – come more than five years after the first trials for the contract were launched.

At the 2010 general election, the opposition Conservative manifesto pledged a new dentistry contract that did not focus on ‘simply the number of treatments achieved’.

And the coalition agreement – struck between the Conservatives and Liberal Democrats – then pledged the contract would be introduced by the next election, in 2015.

It would ‘focus on achieving good dental health and increasing access to NHS dentistry, with an additional focus on improving the oral health of schoolchildren’.

However, the contract failed to appear, with former health minister Dan Poulter admitting that the progress of trials had been ‘frustratingly slow’.

Criticism has grown with Conservative peer Lord Colwyn – a former dentist himself – recently accusing the Department of Health of letting dentists down by ‘dragging their feet’.

Speaking in the House of Lords, Lord Prior said: ‘The new contract for dentists, which will have prevention at its core, is being piloted and will be introduced in 2018.

‘This is a very high government priority.

‘Prototypes will be tried in a number of areas over the next two years, I believe.

‘It will be heavily weighted towards prevention, with a high degree of capitation in the contract.

‘It will be very much outcomes-based.’

However, the minister then added a further note of uncertainty, by saying: ‘I believe that we expect the new contract to be introduced fully in 2018.’

Lord Prior also stated that NHS England was about to test ‘new ways to improve children’s oral health in ten high-need areas’, without identifying them.

And he argued that the government’s high-profile plans for a ‘sugar tax’ – contained in George Osborne’s last Budget – would ‘have a positive effect on reducing tooth decay’.

A total of 79 dental practices are testing the ‘prototype’, offering patients ‘personalised care plans and advice on diets and good oral hygiene’.

The largest number are located across the north (35), followed by the Midlands (27), London (10) and the rest of the south (seven).

It suggests that around 20 practices have dropped out of the trial, after 99 were announced initially, in two waves.

The second wave promised a stronger focus on greater care with the toothbrush and paying dentists according to health results, rather than the number of courses of treatment they perform.

Patients are also being given a rating of green, amber or red, following an oral health assessment – as well as advice on how to improve their dental health.

And the IT system to help support the new contract was also improved for the second wave of trials, ministers said.