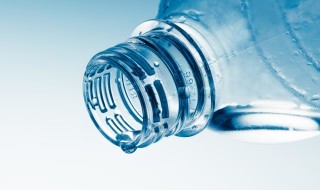 A new study has found that early exposure to two chemicals often found in food packaging and fungicides may cause irreversible damage to children’s teeth.

The researchers found exposure to the chemicals bisphenol A (BPA) and vinclozolin may interfere with hormones responsible for the growth of dental enamel.

Lead study author Dr Katia Jedeon, of the French National Institute of Health and Medical Research (INSERM), and colleagues presented their findings at the 2016 European Congress of Endocrinology in Munich, Germany.

BPA and vinclozolin have been identified as endocrine disruptors (EDs) in numerous studies. This means they can interfere with hormone functioning in mammals, increasing the risk of reproductive problems, cancer, births defects, and various other conditions.

BPA is used in the production of certain plastics and resins, many of which are used for food and drink packaging, such as refillable drinks bottles and food storage containers, while vinclozolin is a fungicide used to protect orchards, vineyards and golf courses.

Previous animal studies have indicated that EDs may be related to a condition called molar incisor hypomineralisation (MIH), which is thought to affect up to 18% of children aged between six and nine years.

MIH is a common developmental condition, resulting in enamel defects in first permanent molars and permanent incisors. However, once tooth enamel is damaged, it cannot grow back.

Children with MIH can experience heightened tooth sensitivity, particularly to cold foods and drinks, and they are at greater risk for dental caries and chipping. Their teeth may be creamy, yellow, or brown in appearance.

For their study, Dr Jedeon and colleagues conducted two experiments to gain a better understanding of how exposure to EDs might be associated with MIH.

Firstly, the team exposed rats to daily doses of either BPA alone or a combination of BPA and vinclozolin from birth for 30 days. Doses were equivalent to the average daily dose a human would be exposed to.

At the end of the 30 days, the researchers collected cells from the surface of the rats’ teeth.

On analyzing the cells, they found that exposure to BPA and vinclozolin altered the expression of two genes (KLK4 and SLC5A8) that regulate tooth enamel mineralisation.

Next, the researchers cultured ameloblast cells of rats, which are cells that deposit enamel during tooth development. They found that these cells contain sex hormones, including estrogen and testosterone, which increase the expression of genes that produce tooth enamel.

They found that testosterone increases the expression of the KLK4 and SLC5A8 genes.

Because both BPA and vinclozolin are known to inhibit the effect of male sex hormones, the researchers say their findings indicate that the chemicals may lead to MIH by blocking hormones needed for development of tooth enamel.