Politicians should be honest with the public about the NHS 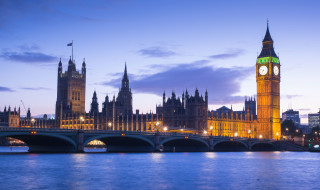 Politicians should be honest with the public about the NHS

Michael Watson reviews a new report from the King’s Fund calling on the government to be honest with the public about what the health service can deliver.

Whilst the media were preoccupied with the ‘party games’ at Westminster, the King’s Fund issued a briefing that could cause a major headache for a new Secretary of State if there is a cabinet reshuffle.

It called on the government to review its priorities for the NHS and be honest with the public about what the health service can deliver with its budget.

In a new briefing published today, the think tank suggests that key waiting time targets may need to be reviewed and the commitment to deliver seven-day services revisited, if the government’s priority is to restore financial balance in the NHS.

Research by the King’s Fund has shown that the NHS recorded an aggregate deficit of £1.85 billion last year.

This is a threefold increase on the previous year and the biggest deficit in NHS history, despite stringent financial controls.

The briefing concludes that the NHS is ‘no longer able to meet rising demand for services and maintain standards of care with the budget it has been allocated’.

The King’s Fund also warns that the political and economic instability following the Brexit vote are likely ‘to add to the financial pressures the NHS faces’.

Senior policy adviser at the King’s Fund, Helen McKenna, one of the authors of the report, said: ‘Politicians need to be honest with the public about what the NHS can offer with the funding allocated to it.’

The briefing majors on hospital trusts and services, but there is no way that NHS dentistry will be unaffected.

The NHS faces not only rising demand from an increasing and elderly population, but greater expectations from politicians, such as seven-day working.

In our neck of the woods, we are being asked to deliver a more preventive service, with a contract based on intervention.

We are also being asked to see more patients, such as all children before they are one, and most recently those in care homes.

So, we must agree with the call of the King’s Fund for ‘honesty’ from our politicians about what the NHS can offer with the available funding.

But perhaps there should be similar honesty from the profession’s leaders.

Yes we could provide a decent service for the many who are neglected by the current system such as a third of children, older people in care homes (and those living on their own) and those who find it difficult to make appointments in normal working hours.

But we cannot do that while at the same time chasing UDAs for our ‘regular’ attenders.

They should be seen in the private sector, but do politicians or the profession have the honesty to say so?