PSA looks into how the GDC has performed 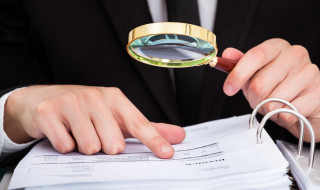 PSA looks into how the GDC has performed

Michael Watson takes a closer look at the PSA’s review into the GDC.

It has a duty to report to Parliament in Westminster and also the devolved administrations in Edinburgh, Cardiff and Belfast on how the nine health regulators, including the GDC, are performing.

Although the PSA was questioned by MPs on its role and work, with little mention of the regulators it oversees, its annual report has some observations on how the General Dental Council (GDC) has performed.

The PSA report mentions its investigation into allegations made by a whistleblower in 2013 about the GDC’s investigating committee.

The GDC responded to the report by publishing an action plan in January 2016, and later this year the PSA will consider how effective this plan has been.

The PSA report was critical of some of the Investigating Committee’s practices and both the Department of Health and the Health Committee are also keeping a watchful eye on the GDC’s work.

The PSA also reported that the GDC now has powers to assess the English language skills of European dentists as well as those from further afield.

It can now request evidence about English proficiency, from any applicant to join the register.

The GDC has also increased the required level of English for dental nurses and dental technicians.

Last year the GDC published its second annual review of education, setting out findings from its programme of quality assurance of training providers and made recommendations to improve the standard of training available.

These revised standards were intended to be the basis for the GDC’s future education quality assurance activity.

The PSA noted that it is now a legal requirement for registrants to have indemnity cover.

Both registrants and those who apply to join the register must confirm that they have appropriate cover in place.

The PSA noted that indemnity insurance is an important matter: ‘All regulators require it but in our view not all regulators take a failure to hold insurance sufficiently seriously,’ it says – a warning to the GDC and dentists alike.

The PSA will now publish separate reviews for all nine regulators.

The GDC’s review started this month and will be published as soon as possible after completion.

So we should know shortly whether the new management changes at the GDC are starting to improve its performance.