Jump in the number of dental professionals performing ‘too many’ UDAs 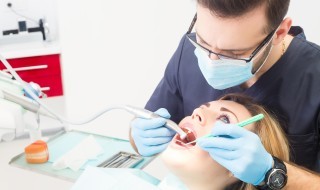 Jump in the number of dental professionals performing ‘too many’ UDAs

The number of individual dental professionals performing more than 18,000 UDAs in England and Wales has jumped over the past year.

According to a freedom of information request released by the NHS and sent to Dentistry.co.uk, 10 individual dentists in England performed more than 18,000 UDAs during 2015-16, compared with eight performers in 2014-15.

‘On average, dentists deliver around 6,600 UDAs per year, with a few over 10,000, therefore claims for 18,000 sounds excessive, though the use of skill mix in a practice may account for some of this rise,’ Henrik Overgaard-Nielsen, chair of the British Dental Association’s General Practice Committee, said.

‘Dentists working long hours purely on the NHS and with extensive use of therapists, hygienists and extended duty dental nurses will be able to perform more UDAs than the average, but over 18,000 UDAs per year still sounds like too many.

‘The BDA has never supported the UDA as a measure of either quality or output and we want a better system.’

Who bears the cost?

‘The information released by the NHSBSA does raise serious questions over how some dentists are able to claim for what seems to be unachievably high numbers of UDAs,’ Neel Kothari, practice owner and contributor to Dentistry magazine, said.

‘The Health Select Committee in 2008 touched on how the UDA system influences behaviour, but this doesn’t justify tailoring one’s treatment plans to meet a target.

‘At best this brings the profession into disrepute and at worst this could be considered fraud.

‘As a practising dentist, familiar with the NHS system, I would say that beyond a certain point it seems impossible that quality dentistry can be maintained and is likely to be a significant cause of why there has been a significant increase in complaints over the past few years.

‘When things go wrong, unfortunately it is the whole of the profession who bears the cost in both rising indemnity fees and cost of regulation.

‘This seems very unfair and I am surprised that the GDC, CQC, BDA and other organisations have not yet joined the debate or expressed their view on this matter.’

Hear more from Neel Kothari, who sent the request for information, in the next issue of Dentistry.